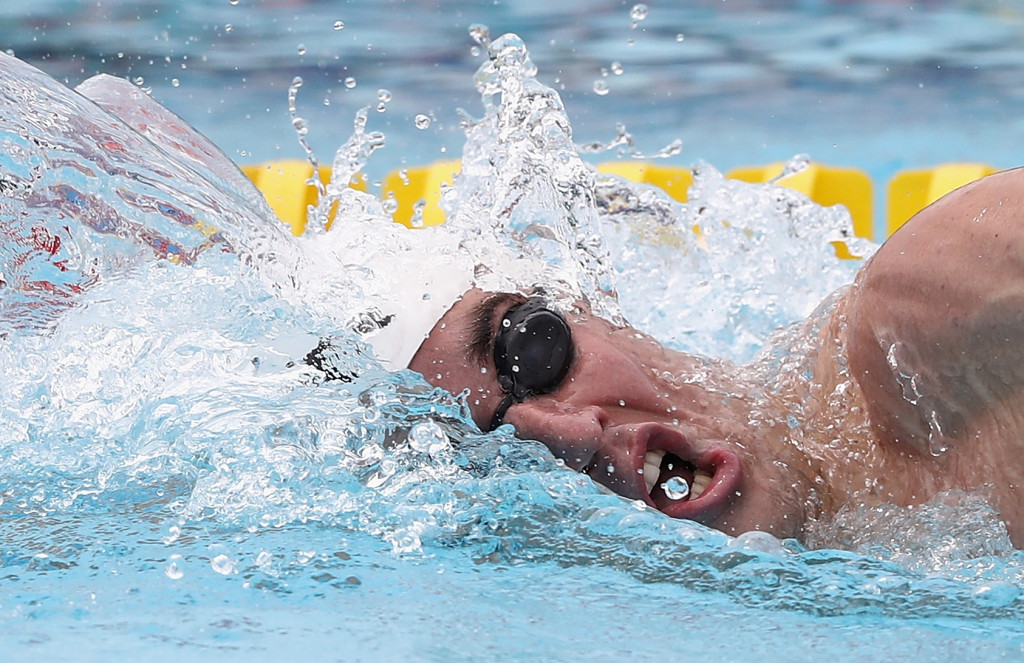 Dogue scored 1,171 points in the Polish village to beat nearest challenger Pavlo Tymoshchenko of Ukraine, the Rio 2016 silver medallist, by a margin of 38 in Group A.

Belarus' Kirill Kasyanik was a further one point behind in third.

In Group B, Prades finished with an unrivalled 1,136.

That was four more than South Korea's Lee Jihun and Jun Woongtae in second and third respectively.

Runner-up Simon Casse of France and third-placed Fabian Liebig of Germany both managed a score of 1,122.

A total of 36 athletes advanced through to the final scheduled for Sunday (May 28).

Action in Drzonków is due to continue tomorrow with the women's final.

The event is the fourth World Cup competition of the season.

It is the final opportunity for athletes to gain points to try and qualify for the World Cup Final in Lithuania's capital Vilnius from June 23 to 25.

The World Cup season began in Los Angeles, before Cairo and Kecskemét staged the second and third events.