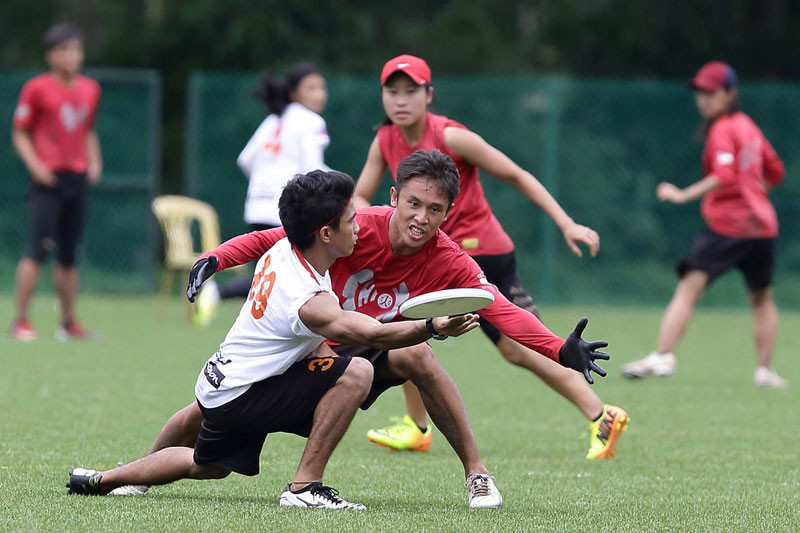 The recognition was acknowledged in a letter sent by FISU President Oleg Matytsin of Russia.

Recognised by the International Olympic Committee (IOC), the WFDF is the global governing body for flying disc sports, with responsibility for sanctioning world championship events, establishing uniform rules, and setting standards for and recording world records.

It also hosts a number of conferences, forums and seminars, closely assisting in promoting sport as one of the main components of the educational system.

"We appreciate the advice and encouragement provided by the respective FISU departments and we thank FISU President Oleg Matytsin, secretary general Eric Saintrond, and WUC director Paulo Ferreira for their tremendous support.

"With the popularity and growth of flying disc sports at the university level around the world, and with the full support of our member national associations and several National University Sport Federations (NUSFs), we look forward to being able to formally contribute to the university sports movement."

FISU, based in the Olympic capital of Lausanne, is responsible for the organisation and governance of worldwide competitions for student athletes between the ages of 17 and 28.

It was founded in 1949 as the world governing body of national university sports organisations and currently has 170 members.

They include a reduction of the programme size with fewer events, the creation of two sport clusters titled combat sports and mind sports, and a new focus on "endorsed events", mainly for sports officially recognised by FISU.

"FISU has undertaken a detailed restructuring of its sports programme and has recently approved the proposal which it will implement over the coming years," it is stated in the WFDF’s recognition letter.

"This proposal is aligned with FISU’s strategy, as well as with the overarching view it has for the university sports movement.

"Moving forward, FISU has selected to continue organising the more representative sports and has, at the same time, introduced two new concepts.

"The first is the creation of sport clusters, which group a number of previous individual competitions in one single event.

"The other concept is the attribution of recognition to sports that FISU sees as being of interest to the university sports movement.

"Events organised in these sports will be endorsed by FISU and may be included in the programme of the FISU Universiade as an optional sport.

"Also, in time, the sport may be included in the World University Championships or Leagues programmes."

The World DanceSport Federation (WDSF) has also recently been officially recognised by FISU.