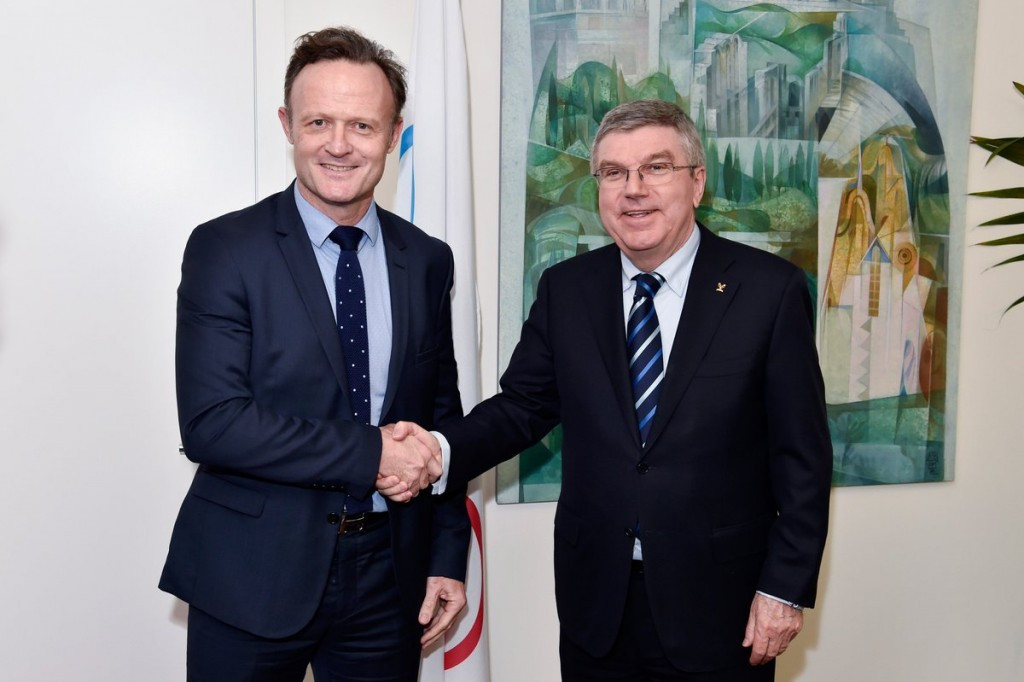 Laurent Petrynka, President of the International School Sport Federation (ISF), has been appointed as a member of the International Olympic Committee's (IOC) Education Commission and is charged by IOC President Thomas Bach with providing a vital "bridge" for children to continue sporting activity once they leave school.

The 46-year-old Frenchman, a former physical education teacher and semi-professional footballer, has also held the post of National Director of School Sport in France at the Union Nationale du Sport Scolaire (UNSS) since 2010.

His forging of links between schools and national sports federations, to ensure young athletes are not lost to the habit of exercise, has prompted Bach to seek a similar pattern worldwide.

"I am honoured to be part of the IOC Commission," Petrynka said.

"I will learn a lot from being there because there are some hugely experienced individuals involved.

"This means above all a real recognition of the work undertaken within the ISF, since we have been working with the IOC for a number of years and are now recognised as an international federation in its own right."

Speaking about his visit to Bach in Lausanne in February, Petrynka told insidethegames: "My appointment to the Commission was a political decision that followed the discussions I had with Thomas Bach.

"It was clear in that meeting that we shared the same overall outlook on the position of school sport worldwide.

"At the moment we really need to improve the sporting practice of the young generation from a quantitative and qualitative perspective.

"We shared the same perception that the young generation was exercising less and less.

"After the age of 14, sporting activity decreases very rapidly for too many young people, it is an alarming situation.

"When youngsters leave school at 18, they disappear as far as we are concerned.

"So our challenge is to ensure that they continue to be involved in sport, and to receive the best possible coaching and support.

"We have to be the bridge between each Ministry of Sport and the National Federations in order for that progress to be smooth.

"The UNSS is the perfect body to work in collaboration with National Sports Federations and we have agreed more than 20 conventions since I became President of UNSS in 2010.

Bach said that listening to youth was now more important than ever in sport.

"This will contribute to keeping tomorrow’s sport, and the Olympic Movement as a whole, relevant, inspiring and impactful," he said.

For the full Big Read with Laurent Petrynka, click here.