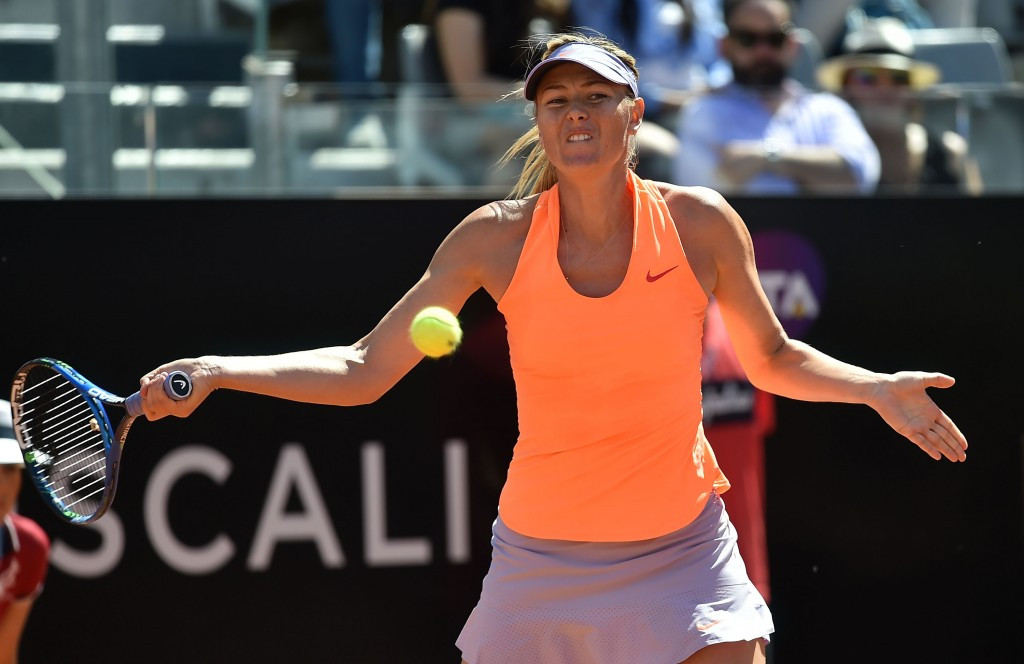 Maria Sharapova will not appear at this year’s French Open after failing to receive a wildcard entry to the Grand Slam.

The French Tennis Federation (FFT) confirmed today that the Russian, who won the women’s singles title in 2012 and 2014, will not feature at Roland Garros in Paris after they decided not to award her a place in the main draw or qualifying competition.

Debate has surrounded Sharapova, who tested positive for meldonium at the 2016 Australian Open, since her return from a 15-month drugs ban last month about whether she should be allowed to play at tennis' biggest tournaments.

In a Facebook Live post, FFT President Bernard Giudicelli Ferrandini revealed all the wildcards for the tournament due to be held between May 28 and June 11.

For the women's singles, he unveiled 12 players would be given entries for either the main draw and the qualification rounds, but Sharapova would not be among them.

The 30-year-old made her return to tennis last month at the Porsche Grand Prix in Stuttgart after her suspension came to an end.

There, she reached the semi-finals before losing to France's Kristina Mladenovic.

She has also played at the Madrid Open, but was knocked out on May 8 by Canadian Eugenie Bouchard, who has been one of the most vocal critics of Sharapova's return, in the second round.

Currently, Sharapova, who has five Grand Slam women's singles titles and a silver medal from the London 2012 Olympic Games, is participating at the Italian Open in Rome.

Her first round win against Christina McHale of the United States yesterday at Foro Italico, which will see her move into the top 200 of the world rankings, means she has earned a spot in the qualification competition for the Wimbledon Championships, taking place between July 3 and 16.

Last week, it was reported by The Times that Sharapova may be allowed to compete at the Aegon Classic at the Edgbaston Priory Club in Birmingham in June with a wildcard entry.

Originally, her ban was for two years, but this was later reduced to 15-months by the Court of Arbitration for Sport (CAS) after an appeal.

CAS said their verdict was based on the fact they felt the Russian had not intentionally doped.