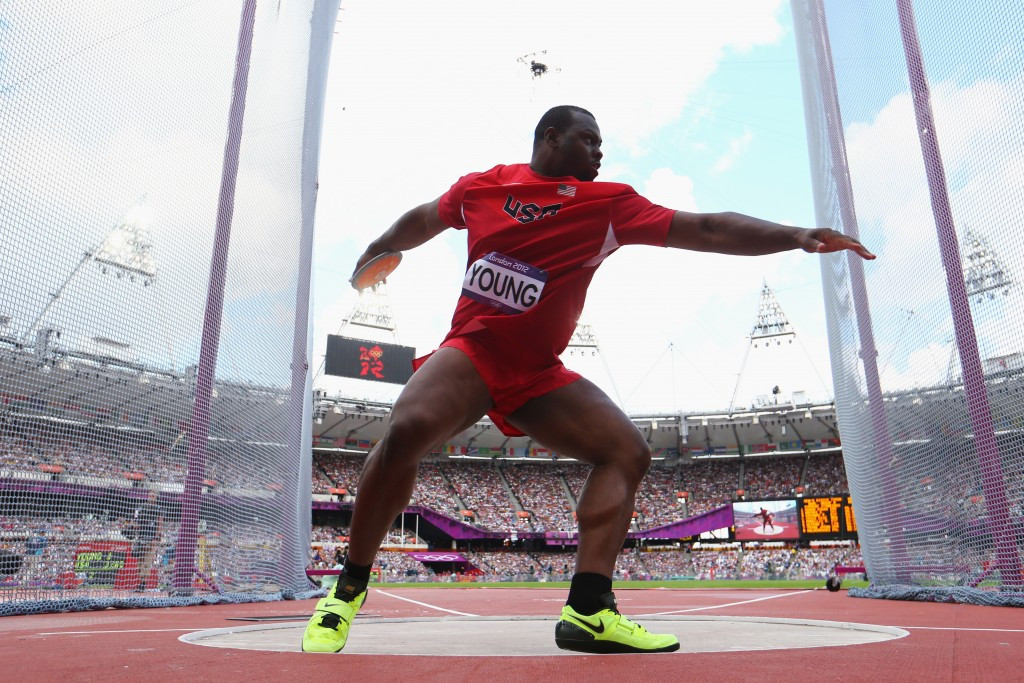 Young, a 35-year-old discus thrower, has been given a four-year ban relating to his use and possession of multiple prohibited growth hormone (GH) releasing factors, including a GH Secretagogue ipamorelin and GH Releasing Peptide GHRP-2.

He was found to have used and had possession of multiple growth hormone agents since January 2013.

The discus thrower admitted to the offence on November 17 last year, with his four-year sanction beginning from the date.

USADA also announced a one-year ban had been given to Oliver, with the 24-year-old having provided a positive drug test at last year’s Olympic trials in Eugene.

An investigation determined that the positive test resulted from her use of a product marketed as a dietary supplement that specifically listed ostarine as the primary active ingredient.

It was also discovered another dietary supplement contained the prohibited substance arimistane, which is a hormone and metabolic modulator.

USADA determined a reduction in Oliver’s period ineligibility was appropriate based on her voluntary admission of her anti-doping rule violation, full cooperation, and substantial assistance to officials conducting the investigation.

Her one-year ban began on the date of her positive test on July 7, with competitive results obtained on and subsequent to March 16, 2016, the date she acknowledged ordering supplements that contained ostarine and arimistane, being removed.