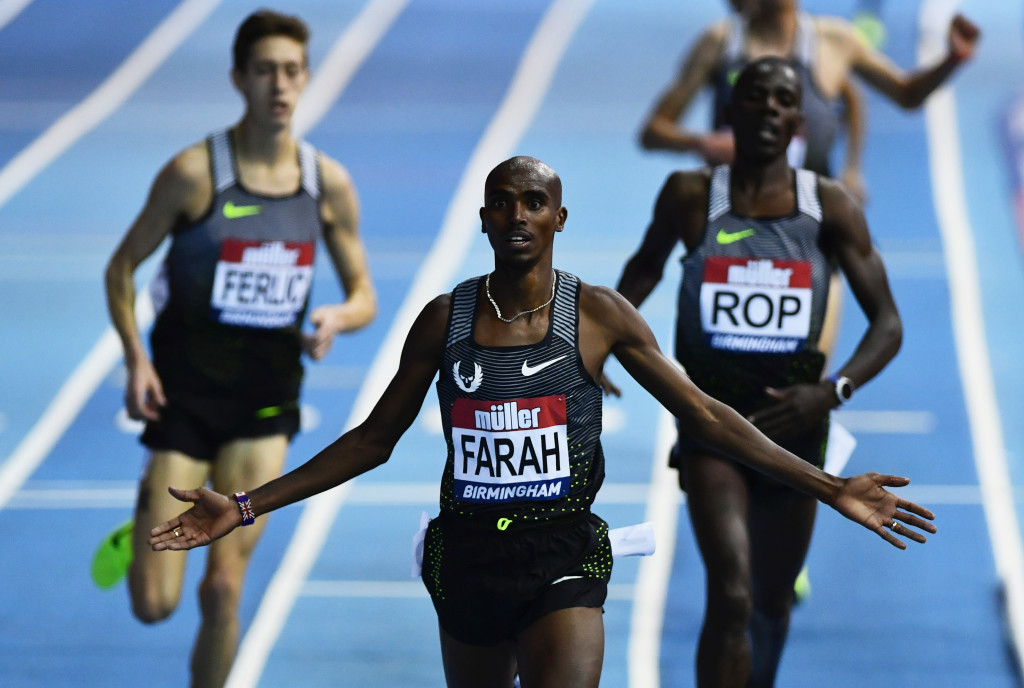 Four-time Olympic gold medallist Sir Mo Farah has reiterated he is "clean" following the leaking of a United States Anti-Doping Agency (USADA) report that suggested coach Alberto Salazar may have broken anti-doping rules to boost the performance of some of his athletes.

The report obtained by The Sunday Times alleges Salazar, the American head coach of the controversial Nike Oregon Project, gave Sir Mo and other athletes potentially harmful legal prescription drugs when they had no medical need.

But the Briton, who won 5,000 and 10,000 metres gold at both the London 2012 and Rio 2016 Olympic Games, has said in a statement on his Facebook page that he has "never broken the rules in regards to substances, methods or dosages".

"It is upsetting that some parts of the media, despite the clear facts, continue to try to associate me with allegations of drug misuse," the statement reads.

"I'm unclear as to The Sunday Times's motivations towards me but I do understand that using my name and profile makes the story more interesting, but it's entirely unfair to make assertions when it is clear from their own statements that I have done nothing wrong.

"As I've said many times before, we all should do everything we can to have a clean sport and it is entirely right that anyone who breaks the rules should be punished.

"However, this should be done through proper process and if USADA or any other anti-doping body has evidence of wrongdoing, they should publish it and take action rather than allow the media to be judge and jury."

Dated March 2016, the report was passed to The Sunday Times by Russian hacking group Fancy Bears.

It also claims that Salazar used a banned method of infusing a supplement called L-carnitine, the effects of which he reportedly boasted about to seven-time Tour de France champion Lance Armstrong before he was exposed as a drugs cheat.

According to The Sunday Times, the document states USADA has "substantial and compelling" evidence that Salazar and Houston endocrinologist Jeffrey Brown "conspired to collude together" to use prescription medications to boost performance.

Brown’s lawyers have denied the charges and said the use of L-carnitine was approved by USADA.

The Sunday Times story does not state whether any of the report’s stated conclusions are out of date.

In a statement, USADA said it "can confirm that it has prepared a report in response to a subpoena from a state medical licensing body regarding care given by a physician to athletes associated with the Nike Oregon Project".

It added: "It appears that a draft of this report was leaked to The Sunday Times by the Russian state-affiliated hacker group known as Fancy Bears.

"We understand that the licensing body is still deciding its case and as we continue to investigate whether anti-doping rules were broken, no further comment will be made at this time.

"Importantly, all athletes, coaches and others under the jurisdiction of the World Anti-Doping Code are innocent and presumed to have complied with the rules unless and until the established anti-doping process declares otherwise.

"It is unfair and reckless to state, infer or imply differently."

Salazar has been under investigation since a BBC Panorama programme made allegations about drugs use at his United States training base.

It was alleged that London 2012 Olympic 10,000m silver medallist Galen Rupp was given the banned anabolic steroid testosterone in 2002, when he was 16-years-old.

In June 2015, Salazar released a 12,000-word open letter providing a detailed rebuttal of the allegations that Rupp has ever taken a banned substance.

Rupp has also denied the claims.

UK Athletics, of which Salazar is a consultant, carried out an independent audit into its relationship with the Nike Oregon Project last year.

Carried out by a Performance Oversight Committee (POC), consisting of Olympic gold medallist Jason Gardener, former British marathon record holder Sarah Rowell and Paralympic wheelchair racer Anne Wafula-Strike, the audit claimed there to be "no evidence of impropriety" on the part of Sir Mo.

Regarding the latest allegations, UK Athletics told The Sunday Times: "To our knowledge, all doses administered and methods of administration have been fully in accordance with WADA (World Anti-Doping Agency] approved protocol and guidelines."

Sir Mo told The Sunday Times in 2015 that he had "tried a legal energy drink" containing L-carnitine but "saw no benefit" and did not continue with it.