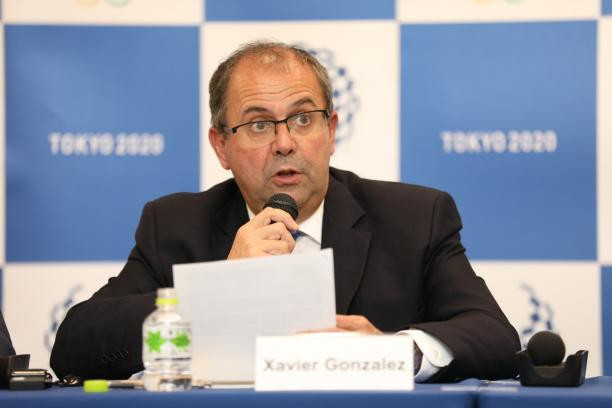 The International Paralympic Committee (IPC) are happy with the progress made by the Tokyo 2020 Organising Committee following a visit to see how preparations are going.

IPC chief executive Xavier Gonzalez declared he was impressed at what they saw and with the level of public engagement with 1,200 days still to go until the Opening Ceremony.

“All stakeholders are showing great commitment and enthusiasm to staging the best Paralympic Games ever,” said Gonzalez.

“During our short time here, we have been captivated at the visibility of the Paralympic brand around the city and on licensed merchandise.

"The level of interest and awareness in the Games is like nothing we have experienced with three years still to go.

“To learn that more than 11,000 people attended last week’s wheelchair basketball finals and a further 52,000 were at the TMG’s No Limits Special 2017 event in Ueno underlines the growing excitement for the Paralympics.

“Such level of engagement provides a wonderful foundation from which to build as eventually we need to translate interest and awareness into ticket sales and TV viewers.

“London 2012 set the benchmark very high when it sold more than one million Paralympic tickets in the first month of sales in 2011, eventually selling 2.85 million.

"I am confident Tokyo 2020 can set new records in this area.”

Gonzalez highlighted how accessibility will continue to be a priority issue for the IPC in the years leading up to the Games.

Accessibility for athletes and other people with impairments at last year's Paralympic Games was a concern in the build-up to the event in Rio de Janeiro amid a series of budget cuts.

Prior to the Games, IPC President Sir Philip Craven, due to stand down from the role later this year, had praised the city of Rio for their accessibility plans.

It came despite Rio being perceived to be a difficult city to navigate.

Sir Philip recently met with Japanese Prime Minister Shinzō Abe, where he said the Universal Design 2020 plan would "promote a barrier-free attitude amongst the people of Japan and make for more accessible facilities".

“We are greatly encouraged at the passing of the Universal Design 2020 Action Plan and the publication of Tokyo 2020’s own accessibility guidelines," added Gonzalez.

"Both will go some way to ensure greater inclusion for all in this city.

“We want accessibility to be a fundamental part of the design process for all the new venues built for the Games.

"As for existing venues, we hope that accessibility is not compromised and that all these facilities are brought up to speed with the requirements for hosting Paralympic sport."

Before the fourth IPC Tokyo 2020 project review in October, the IPC has said it expects the Organising Committee to make progress in the planning of test events, which are expected to begin in 2019.

The governing body also want the finalised Paralympic specific budget confirmed by the end of the year.

At the end of the project review, the IPC donated a number of old mobile phones to the Organising Committee.

The metals from the phone will be used to produce medals for the 2020 Olympic and Paralympic Games.

Tokyo 2020 aims to collect as much as eight tons of raw metal which includes around 40 kilograms of gold, 4,900kg of silver and 2,900kg of bronze which, following the production process, will yield around two tons of pure metal, enough to produce 5,000 medals.