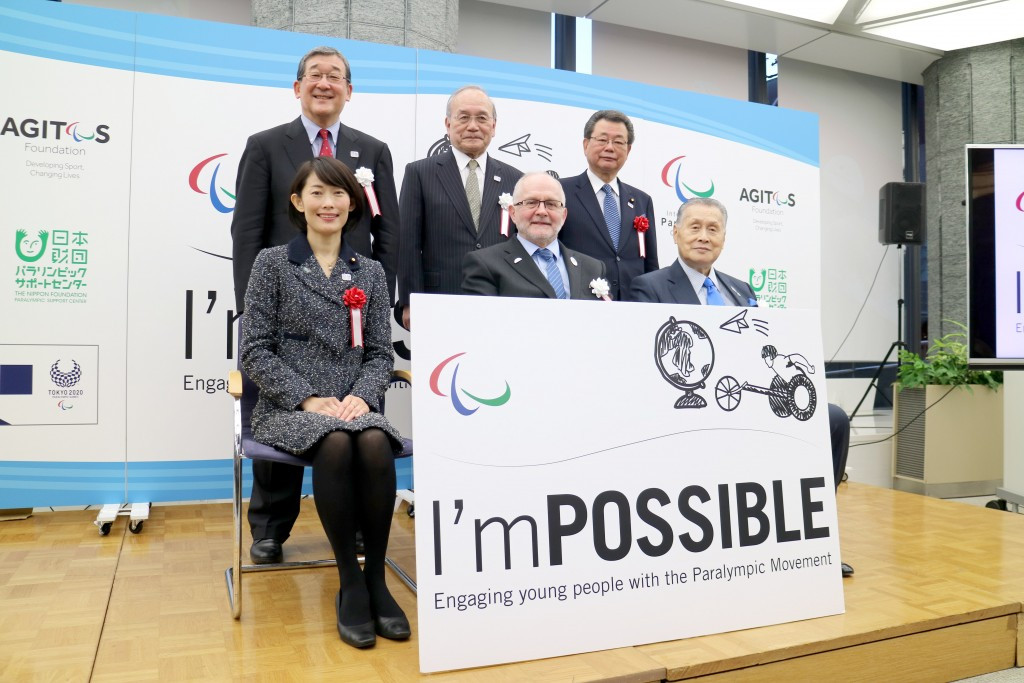 The International Paralympic Committee (IPC) and its development arm the Agitos Foundation have launched a new education project in Tokyo called "I'm Possible".

The project has been described as a "toolkit of resources", designed to engage young people between the ages of six and 12 with the Paralympic Movement.

A global launch is due to be held on an unconfirmed date later in 2017.

"When it comes to the Paralympic Movement, I truly believe in reverse education," said Sir Philip.

"Educating youngsters about the outstanding abilities of Para-athletes and the values they stand for will see them return home to educate their parents and grandparents about the Paralympic Movement.

"Normally, it’s the other way round with adults passing on their knowledge to youngsters, but that’s the joy of the Paralympic Movement and reverse education.

"I am certain that this programme will not just build excitement for the upcoming Paralympic Games but act as a catalyst to social inclusion with the next generation realising that everything in this world is possible."

The NFPSC and the JPC, in collaboration with Tokyo 2020, will support the roll-out of I’m Possible in Japan by using it to raise awareness of the Paralympic Movement.

The NFPSC will train people within Para-sport organisations across Asia over the next four years as the region builds towards hosting the Paralympic Games.

"The IPC, JPC, Tokyo 2020 Organising Committee, the Japanese Government and all stakeholders will show a strong commitment to the Paralympic Movement," said Yamawaki.

"Through the promotion of 'I'm Possible' in Japan with the aim of the success of the Tokyo 2020 Paralympics, we will create a more inclusive society, where everyone can enjoy a quality of life with dreams and hopes."

Launch materials have been translated into Japanese and adapted to suit the local culture.

In addition to a theme of the values, content also features inspirational achievements by Para-athletes.

There are 15 units in total with lesson plans for young people aged between six to eight years and nine to 12 years.

After the worldwide launch takes place, all of the materials will be available in different languages including English, French, Spanish and Armenian.

Additional language versions will be created as different National Paralympic Committees commit to implementing the toolkit.