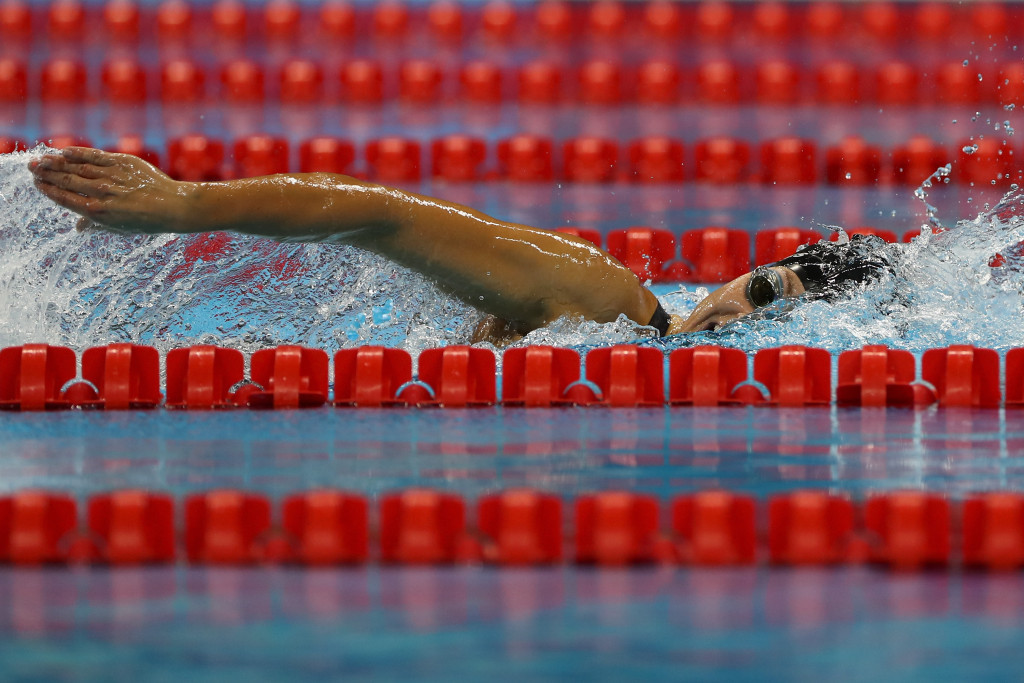 Paralympic champion Rebecca Meyers of the United States recorded her second Para Swimming World Series win as she raced to victory in the women's 200 metres individual medley in Sheffield.

Meyers, who competes in the SM13 classification, clocked a time of 2min 26.36 sec to earn a total of 960 points at the Ponds Forge International Sports Centre.

The 22-year-old, winner of three gold medals at last year's Paralympic Games in Rio de Janeiro, finished in front of fellow SM13 athlete Shokhsanamkhon Toshpulatova of Uzbekistan, who was second on 955 points.

Britain's Maisie Summers-Newton, an SM6 athlete, delivered a medal for the home nation as she was third on 910.

"I feel great, it was a great race, I had great competition so I’m excited about where I stand for this season already," said Meyers.

Britain’s world and Paralympic champion Hannah Russell continued her excellent form as she picked up her second victory in Sheffield by winning the women's 50m freestyle.

Letticia Martinez, who participates in the S11 category, was unable to follow in the footsteps of compatriot Meyers but she did enough for second, clocking 31.54 to earn 924 points.

The bronze medal went the way of Toshpulatova, who was just a point adrift of the American swimmer.

Uzbekistan’s Dmitry Horlin disappointed the home crowd inside the venue as he beat British favourite Ollie Hynd in the men's 200m invidual medley.

Horlin, an SM12 athlete, claimed a total of 888 as he finished in 2:16.14, edging the Paralympic, world and European champion by a solitary point.

SM10 racer Kahoru Harazawa, also of Britain, came through to take third on 837, setting a new British record of 2:14.59 in the process.

The hosts did manage to clinch another gold medal as Paralympic title holder Matthew Wylie triumphed in the men's 50m freestyle.

The British swimmer, who competes in the S9 classification, completed the sprint dash in 26.31, which was rewarded with a score of 871 points.

Rio 2016 bronze medallist Muzaffar Tursunkhujaev added another podium finish for Uzbekistan as he was 12 points behind in silver medal position, while Wylie's team-mate Lewis White took bronze on 842 points.