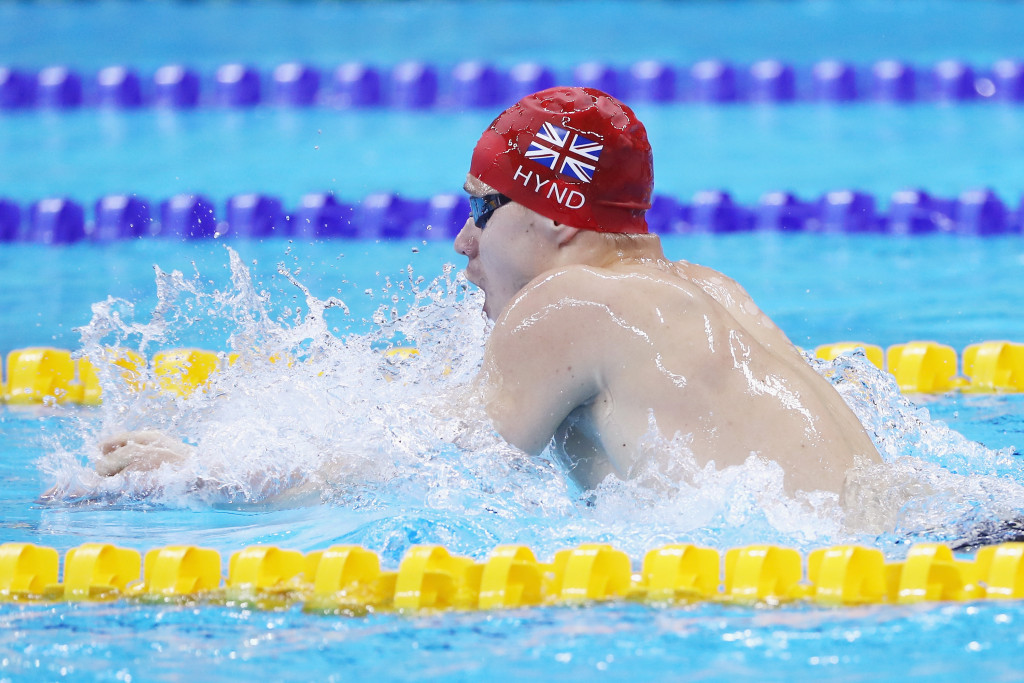 Double Rio 2016 gold medallist Ollie Hynd is among the leading names set to compete at the Para Swimming World Series in English city Sheffield, where action is due to begin tomorrow.

Hynd, who won Paralympic titles in the men's SM8 200 metres individual medley and S8 400m freestyle at last year’s Games, features on hosts Great Britain's team - the largest of the 20-plus countries due to be represented at the Ponds Forge International Sports Centre.

The four-day gathering for the third leg of the 2017 World Series is the biggest of the year so far with around 300 swimmers competing in all.

"I'm really excited for the Para Swimming World Series event in Sheffield," said Hynd, who set a world record time of 4min 21.89sec on his way to S8 400m freestyle gold at Rio 2016.

"It will be my first competition since Rio so I'm keen to see where I'm at and what I'll need to work on going forward."

The men's S14 will feature a meeting between Aaron Moores and fellow Briton Scott Quin, the respective gold and silver medallists in the 100m breaststroke at Rio 2016.

The pair went head-to-head in Rio de Janeiro with European champion Quin narrowly losing out to his team-mate by 0.13 seconds in the final.

Thomas Hamer, 18, also picked up two silvers in the 200m freestyle and 200m individual medley for Britain in the men's S14.

Hoping to make his way in between the trio is 200m freestyle Paralympic title holder Wai Lok Tang of Hong Kong.

He stormed to 50m backstroke victory in Rio in a new European record time of 43.12.

The former's multiple Paralympic and world gold-winning team-mate Jessica Long will compete in the women's S8.

The 25-year-old made a superb start to her season at the opening World Series leg in Denmark's capital Copenhagen last month, winning two races.

Norway's Sarah Louise Rung leads the World Series rankings and is also expected to make her second appearance in Sheffield.

Rung is the Paralympic, world and European champion in the 100m breaststroke SB4 and 200m individual medley SM5.

The teenager did so having won four medals just months before at the European Championships in Portuguese city Funchal, marking her major international debut in style.