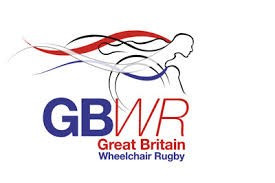 The deal means the trading company, described as one of the UK's fastest growing technology firms, will support the sport in Britain in the build-up to the 2017 European Championships in Germany and the 2018 World Championships in Australia.

LMAX Exchange are the first company to offer such backing after UK Sport removed all funding from wheelchair rugby for the Tokyo 2020 Paralympic cycle.

This has been described as a decision which "shocked the public" by GBWR, who said it created "uncertainty for the athletes and put the future of the iconic sport at risk".

An appeal against the UK Sport decision was unsuccessful.

"It is a real boost to know that LMAX Exchange which is one of the UK’s fastest growing technology firms has the confidence to invest in us as a sport," said GBWR chief executive David Pond.

"It feels good to be partnered with a company at the cutting edge of its business because we also aspire to be the world’s best and believe in our potential to achieve medal success."

"I'm proud to be a supporter of two organisations that are battling to overcome challenges in their respective fields," he said.

"Both GBWR and LMAX Exchange are examples of how continued perseverance can make a difference.

"Whilst the support of LMAX Exchange is fantastic it will not be enough on its own, I want to take this opportunity to ask the British business community to come out in support of GBWR."

A JustGiving page to support GBWR has been set-up here.

The British team finished fifth at the Rio 2016 Paralympics in September, the same place they came on home soil at London 2012 four years earlier.