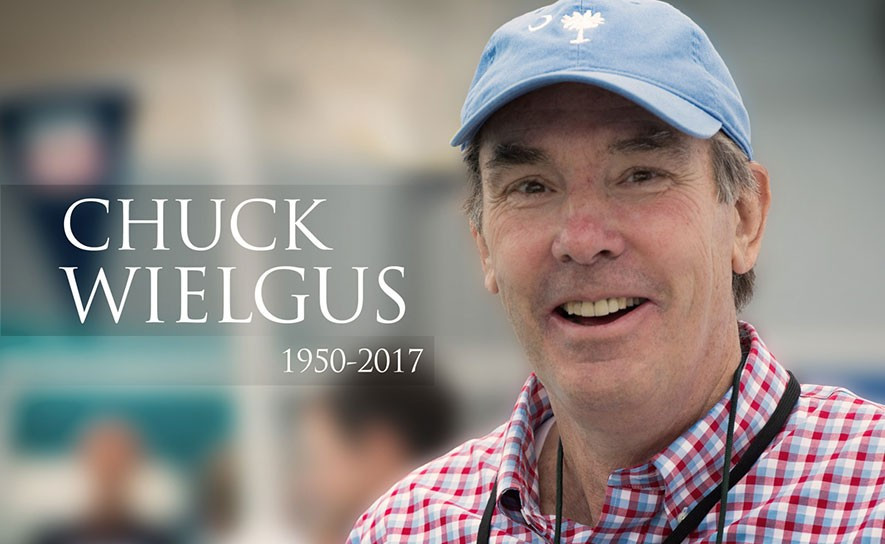 USA Swimming executive director Chuck Wielgus has died at the age of 67 after suffering complications from colon cancer, it was announced today.

Wielgus, who was diagnosed with cancer in 2006, had confirmed back in January that he would retire this coming August.

He joined the organisation in July 1997 and is widely credited with helping to grow the success of the sport in the United States.

USA Swimming Board of Directors chair Jim Sheehan described Wielgus as one of the "finest chief executives in all of sport".

"This is an extremely sad day, as we lost Chuck Wielgus, one of the finest men I have ever had the pleasure to work alongside," he said.

"He will be missed by all of us in USA Swimming and all his friends and colleagues around the world.

"Our thoughts and prayers go out to his wife, Nancy, and his entire family in this difficult time.

“Chuck was one of the finest chief executives in all of sport and his leadership of USA Swimming has made it the premier National Governing Body in the Olympic Movement.

"Chuck's selflessness, compassion and intelligence have been hallmarks of his work with the staff, Board of Directors, athletes, coaches and volunteers of USA Swimming.”

The year before Wielgus arrived, USA Swimming had fewer than 200,000 members.

He was also instrumental to growing the U.S. Olympic Team Trials in swimming into a major showcase event.

Wielgus was criticised, however, following the sexual abuse scandal in the organisation.

He released his first public apology in June 2014 since it came to light four years earlier.

Wielgus had been in the middle of a very public battle between himself and the victims at the hands of swim coaches, culminating with his withdrawal from the 2014 International Swimming Hall of Fame induction ceremony.

Although not directly involved in any of the abuse, Wielgus had been criticised for allegedly turning a blind eye to the scandal within USA Swimming with an online petition set up to bring about his removal.

Writing in his blog, Wielgus apologised for his actions in the four years since claiming in a television interview that he did not owe the sexual abuse victims an apology.

"During his tenure at USA Swimming, American swimmers enjoyed more success and more support than ever before.

"He had a passion for his work and cared deeply about sport.

"Chuck fought a long and hard battle with amazing grace and optimism, and will be missed."

Wielgus, who was born on February 6, 1950, is survived by his wife Nancy, daughters Savannah and Shelby, sons Chip and Tommy and four grandchildren.