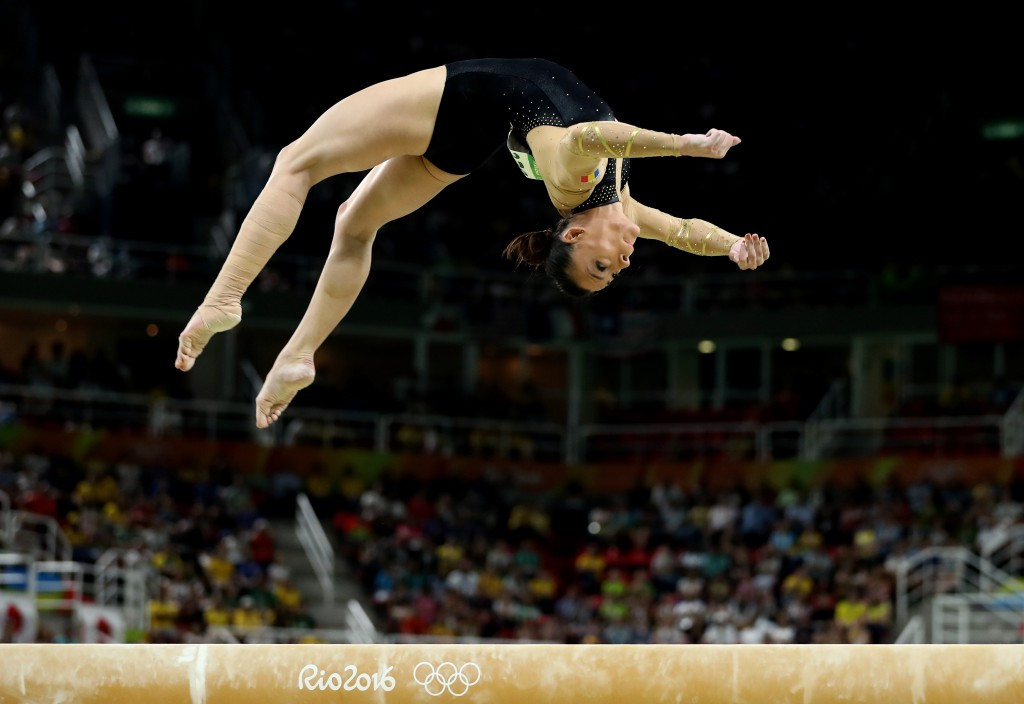 Cătălina Ponor ensured Romania had a golden ending to their home European Artistic Gymnastics Championships as she secured her fifth balance beam title on the final day of the event in Cluj-Napoca.

The 29-year-old, winner of three gold medals at the Athens 2004 Olympic Games, delighted the crowd inside the Polyvalent Hall with a nerveless display as she topped the podium with a score of 14.566 points.

Dutch gymnast Eythora Thorsdottir did enough for the silver as she finished with 14.066, while Larisa Iordache added to the Romanian haul with bronze on 13.966.

The host nation had earlier been denied another gold when Artur Dalaloyan of Russia pipped home favourite Marian Drăgulescu, who won the floor final yesterday, to the vault title.

Verniaiev, who successfully defended his all-around crown yesterday, recovered to dominate on the parallel bars - an event he won the gold medal in at last year's Olympic Games in Rio de Janeiro.

The Olympic all-around silver medallist was given a score of 15.466 for his routine, beating Germany's Lukas Dauser by 0.100.

Nikita Nagornyy of Russia was the recipient of the bronze on 15.266.

Britain's history-maker Ellie Downie, winner of the women's all-around gold medal, earned silver with a total of 14.066, while Thorsdottir's score of 13.700 saw her return to the podium.

In the event of this year's European Artistic Gymnastics Championships, Pablo Braegger of Switzerland edged team-mate Oliver Hegi to seal the high bar title on 14.933.

David Belyavskiy of Russia rounded off the podium with bronze on 14.366.