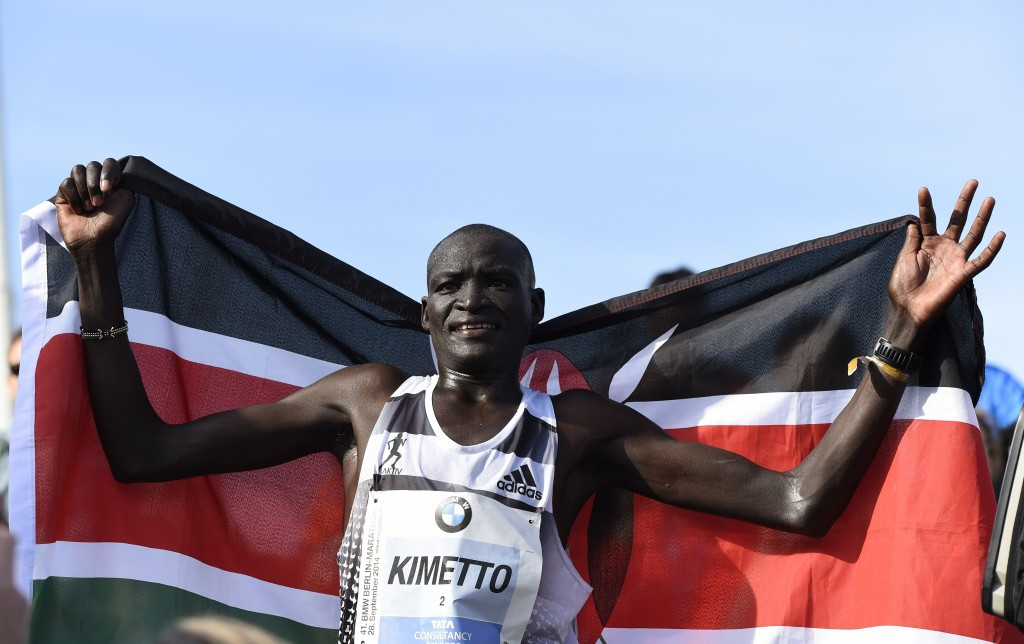 World record holder Dennis Kimetto and two-time world champion Edna Kiplagat are set to lead the respective men’s and women’s fields at the 121st edition of the Boston Marathon, scheduled to take place on April 17.

A total of 44 elite runners representing 10 nations are due to compete in the race first held in 1897 and that is part of the Abbott World Marathon Majors.

Mutai, second to Kimetto in the 2014 Berlin race, has previously won the London and Amsterdam marathons and won the silver medal at the 2009 International Association of Athletics Federations (IAAF) World Championships.

Makau is a former marathon world record holder, two-time Berlin and Fukuoka winner, while Kitwara has run six half marathons under one hour and won in Taiwan’s capital Taipei last month.

Other Kenyans expected to challenge Kimetto, who also holds the world 25 kilometres record of 1:11:18 set in Berlin in 2012, are Wesley Korir, the 2012 Boston winner.

They will be joined Wilson Chebet, a three-time Amsterdam Marathon winner, who has finished second and third in Boston.

Tsegay, third in Boston last year, claimed the silver medal at the 2015 IAAF World Championships and has nine marathon wins to his name, the most recent coming in Fukuoka last month.

Sefir arrives after victories last year in Ottawa and Barcelona, while fellow Boston newcomer Lemma won in Frankfurt and Vienna in 2015.

In the women’s event, Kiplagat heads a field that includes nine runners who have clocked 2:23:23 or better.

The 37-year-old is one of the most accomplished marathon runners on the planet, with victories in London, New York City and Los Angeles to her name, along with the 2013-2014 title from the Abbott World Marathon Majors Series, a series consisting of six of the largest and most renowned marathons in the world.

Last year, she finished third in marathons in Tokyo and second in Chicago with respective times of 2:22:36 and 2:23:28.

Kiplagat will be joined by compatriots Gladys Cherono, the 2015 Berlin Marathon winner and 2014 IAAF World Half Marathon champion, and Caroline Rotich, the 2015 winner in Boston, Prague and Las Vegas.

Defending champion Atsede Baysa and Buzunesh Deba, who set the Boston Marathon course record of 2:19:59 with her victory in 2014, lead the Ethiopian charge.

"We are excited that the elite race for the 121st running of the Boston Marathon will showcase many of the most accomplished runners in the world," said Rob Friedman, head of sponsorship and event marketing at financial services company John Hancock, which sponsors the Boston Marathon.

"During our 32 years of sponsorship, we have hosted more than 750 elite athletes from 47 countries, and each year they run a strategic and exciting race for the spectators in Boston and fans around the globe.

"We look forward to cheering on the elites and the thousands of runners who will join them as they race over the world’s most historic marathon course."