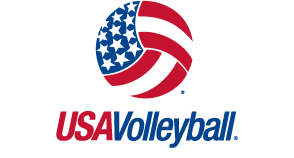 USA Volleyball has hit back at criticism over its decision to clear a transgender player to compete as a woman and potentially earn a place on the women's Olympic team.

According to KHNL-TV, based in Hawaiian city Honolulu, male-born Tia Thompson was approved by USA Volleyball to compete as a woman in January.

Thompson told LifeSiteNews that she believes she is advancing the transgender cause by competing as a woman, adding: "I am living my truth, and if this can help other trans-athletes, then it's worth it."

But Hawaii News Now reports "there has been some push back" from the volleyball community, claiming players and parents they spoke to anonymously say the situation is "unfair for teams with biological women because it creates an unrealistic level of competition".

USA Volleyball has issued a statement to clarify its position on what it describes as "inaccurate reports in recent news media articles".

"USA Volleyball supports the inclusion of transgender athletes in USA Volleyball events in the gender in which they self-identify, yet also prioritises a fair and competitive landscape," the statement reads.

"As such, subject to applicable laws and regulations, all athletes over the age of 12 wishing to participate in the gender that differs from their birth gender are required to provide medical documentation to the USAV Gender Committee demonstrating that their testosterone levels do not exceed the upper limit of the normal reference range in their desired gender of play for their age group.

"The USA Volleyball transgender guidelines do not apply to athletes desiring to represent the United States in the Olympic Games, Paralympic Games and all other international competitions which are under the control of the relevant governing body."

Thompson told Hawaii News Now it took her three years to get approved.

She puts the criticism she has received down to people's ignorance.

"Many uneducated people do have negative comments, which I understand because of the lack of education and information that people see on trans issues," Thompson told Outsports, a sports news website focusing on lesbian, gay, bisexual, and transgender (LGBT) issues.

The US won bronze medals in both the men's and women's volleyball competitions at the Rio 2016 Olympic Games.

The country also occupied the third step of the podium in women's beach volleyball, courtesy of April Ross and Kerri Walsh Jennings.

In new guidelines proposed prior to last year's Games, the International Olympic Committee said reassignment surgery will not be required for transgender athletes to compete at major sporting events.