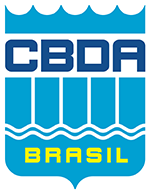 Former Brazilian Aquatic Sports Confederation (CBDA) President Coaracy Nunes has been arrested as part of an inquiry into the alleged misuse of public funds.

The 78-year-old had already been removed from his post at the head of the governing body in October following an investigation by the Federal Police and Public Ministry.

Each are accused of "over-billing, diverting public funds and embezzlement".

The arrests specifically relate to the alleged misuse of around BRL$40 million (£10 million/$12 million/€11.6 million).

According to UOL Esporte a kit contract with a company called Pro Swim is also being examined.

It is alleged equipment, including backpacks and medicine balls, were purchased through the contract at up to three times higher than the market price.

Lawyer Gustavo Licks has been appointed interim head of the CBDA until the investigation is resolved.

César Cielo, the six-time world champion swimmer, who won an Olympic gold medal in the 50 metres freestyle at Beijing 2008, was among those to express his disappointment.

"Swimming is taking one hit after another," he said.

Nunes, who has been in office since 1988, has claimed he is victim of a political witchhunt.

In November, FINA claimed to have made an "immediate request" to the CBDA for more information on Nunes' removal as President.

But in January, the world governing body claimed to be "satisfied with the rigorous internal procedures and robust measures put in place to date by the Brazilian Confederation of Aquatic Sports".

They have not yet responded to insidethegames' request for a comment following his arrest.