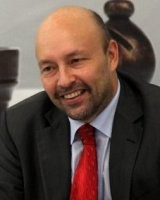 SportAccord has described the World Mind Sports Games as "by far the most advanced with its concept" out of the three multi-sport events that the umbrella organisation intends to organise in the near future.

This is "based on a solid base and cooperation between its member IFs (International Federations) and on the experience of past events", according to a working document distributed here today as part of the SportAccord General Assembly.

A working group, chaired by World Chess Federation (FIDE) chief executive Geoffrey Borg, hopes to stage the next edition in 2018 and hold the Games annually.

It is stated in the document that following discussions at November's IF Forum in Lausanne, potential host cities could be sought "shortly".

SportAccord, which was today renamed the Global Association of International Sports Federations (GAISF), has also provided updates on the World Combat Games and World Urban Games.

The World Combat Games is set to return in 2019 after an overwhelming show of support by IFs for the event.

Of the 15 surveyed by the World Combat Games Commission, 13 were in favour of organising a new edition of the Games, which last took place in Russian city Saint Petersburg in 2013.

Representatives from both cities have been here in Aarhus this week for discussions with the Commission.

Stephan Fox, President of the Alliance of Independent Recognised Members of Sport (AIMS) and the International Federation of Muaythai Amateur (IFMA), is chairman of the Combat Games working group.

He is seconded by Nenad Lalovic, also a SportAccord Council member and President of United World Wrestling (UWW).

"The Combat Games have held successful editions already and remain a valuable event in particular for non-Olympic International Federations/disciplines," the document reads.

"The working group would like to renew with the initial spirit of the Combat Games at the heart of which is a combination of martial arts, combat sports and their rich history and culture.

"The working group hopes to make the next edition a reality for 2019 and organise the Games every two or four years."

Plans for an inaugural World Urban Games featuring 17 sports were unveiled in 2014 only to be shelved following the resignation of SportAccord President Marius Vizer in 2015 after his criticism of the International Olympic Committee (IOC) prompted a flood of withdrawals.

The Games had been expected to take place sometime after Rio 2016 and showcase a "mixture of professional sport and urban culture with a unique blend of old and new disciplines".

Their revival is currently the subject of a working group seeking to turn it into a manageable proposition with a sustainable future.

The working group, chaired by International Roller Sports Federation (FIRS) President Sabatino Aracu, is hoping to stage the next edition in 2019 and hold the event annually.

"Preliminary discussions at and around the IF Forum demonstrated significant interest for the project by many IFs," the document reads.

"The concept also provides for opportunity to complement the efforts done by the IOC in setting up urban clusters at the Olympic and Youth Olympic Games."

The document also states that the SportAccord World Beach Games concept is ready but has been put on hold while discussions with the Association of National Olympic Committees (ANOC) leadership take place.

The Beach Games was originally launched as a joint project between ANOC and SportAccord in October 2013, but has been increasingly seen as a personal priority of ANOC President Sheikh Ahmad Al-Fahad Al-Sabah.

But relations between the two bodies deteriorated in 2015 when former SportAccord President Marius Vizer awarded Sochi the inaugural edition without participation from ANOC, although the Russian coastal resort soon withdrew prior to Vizer's resignation.

"The Council is of the opinion that such Games are valuable but should be co-organised by and coordinated between the two entities to avoid duplication and confusion in roles and responsibilities within the international and Olympic world of sports," the document adds.

SportAccord President Patrick Baumann said after today's General Assembly that he intends to meet with Sheikh Ahmad to discuss the matter, but he did not confirm when that will be.

The inaugural ANOC World Beach Games are due to be held in San Diego in September 2019.