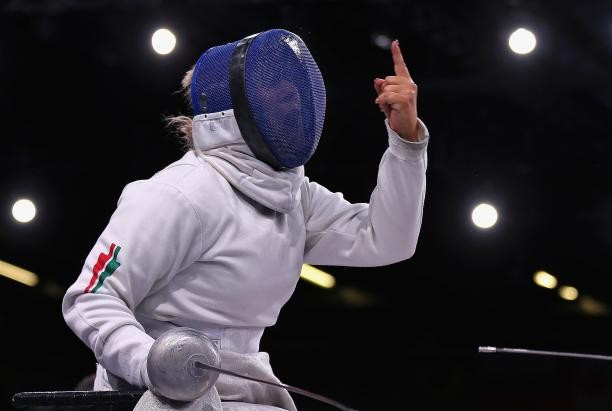 Hungarian wheelchair fencer Zsuzsanna Krajnyak is aiming to secure a home victory in the women’s foil category A event at the International Wheelchair and Amputee Sports Federation (IWAS) World Cup in Eger.

If Krajnyak is successful at the event, which is set to run between tomorrow and Sunday (February 19), she will climb to world number one in front of China’s Rio 2016 champion Jing Rong.

Krajnyak is banking on home support to drive her to victory.

"A home event always gives me a little advantage because I know the conditions better than others," she said.

"It is also important for me that my family - my daughter and my parents - will be there with me.

"Last year we finished first place [in the women's foil team event] so I would like to defend that title too."

Despite being a regular on the podium, individual titles have been hard to come by for Krajnyak.

Her last individual gold medal came at the World Cup in Warsaw in Poland in July 2015.

She narrowly missed out on gold at her fifth Paralympic Games in Rio de Janeiro last summer, winning bronze having first competed at Sydney 2000.

Krajnyak has won a medal at every Games she has competed in, but has never won gold.

The event in Eger is the first IWAS Wheelchair Fencing World Cup stage of the season with an event scheduled to be held in the United States for the first time this term.

Atlanta will play host for the fourth of five legs scheduled for next year, taking place from September 6 until 10.

Dutch town Stadskanaal will play host to the second, from May 10 to 14, and Polish capital Warsaw is another location, from June 28 to July 3.

The season finale is set to be held in Italian city Pisa from November 17 to 19.