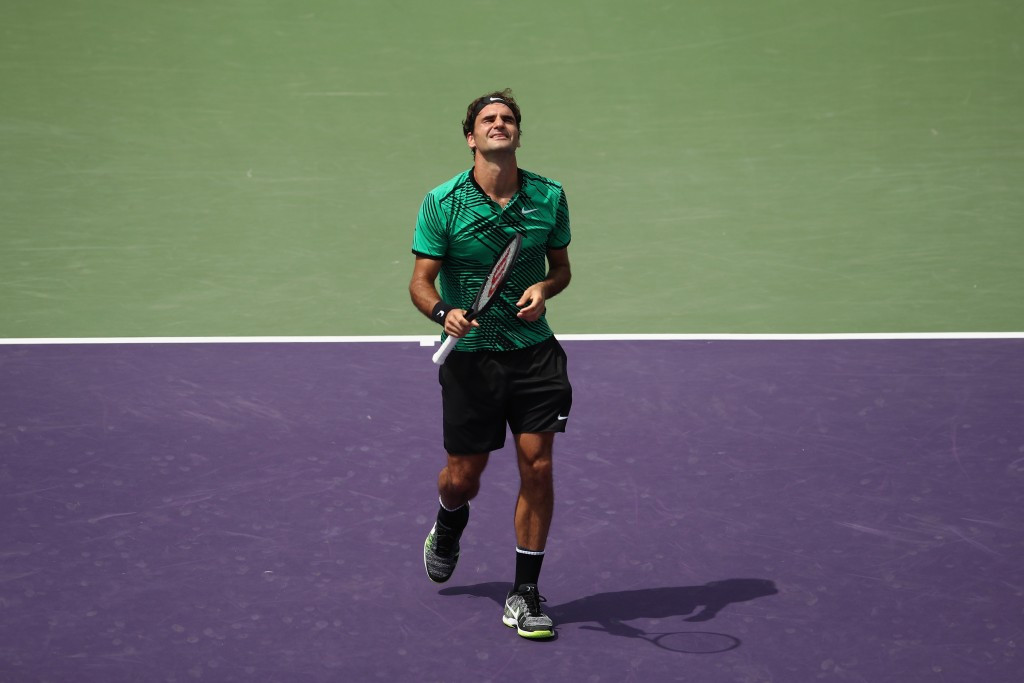 Switzerland's Roger Federer has won a third title in 2017 after he defeated Rafael Nadal of Spain in straight sets in the final of the Miami Open today.

Federer, who won last month's Indian Wells title and the Australian Open in January, beat Nadal for the third time this season.

The 35-year-old, who was seeded fourth in Miami, produced a classy display to claim a comfortable 6-3, 6-4 win at the Crandon Park Tennis Center.

Overall victory for Federer in Miami saw him return to the top four in the world while it was a fifth defeat in the final of this tournament for Nadal.

Federer has returned to the court in sensational form after he took a six-month break last year after suffering a knee injury.

The Swiss managed to break Nadal in the eighth game of the opening set to give himself a chance to serve for it which he took with confidence.

The opening stages of the second set were similar to the first with neither player able to grab an early advantage.

Nadal was forced to save two break points at 3-3 in the second set but Federer eventually got the breakthrough at 4-4, to hand himself the chance to serve for the title which he took.

"Congratulations to you too Rafa on your great comeback to the tour," Federer said after the match.

"It was a great match and this is where it all started for us back in 2004.

"I said to you after my lucky victory back then that you would win this title and I still believe you will one day win this title, you are too good to not win here.

"I had a fantastic couple of weeks in Indian Wells and I've been coming here since 1988 when I became the world number one junior.

"It really is a beautiful stop on the tour.

"What a start to the year, I can't believe it.

"Thanks to everyone who has supported me this year and in the difficult times last year."