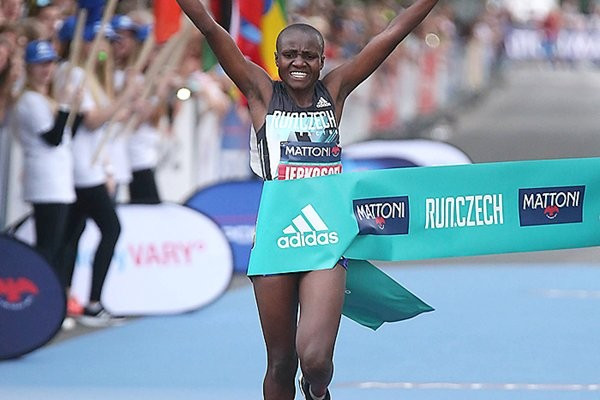 Competing in just her fifth half marathon, the 23-year-old also broke existing record marks for 10, 15 and 20 kilometres on the road.

She was joined by defending champion and team-mate Violah Jepchumba in the opening stages.

This was comfortably faster than the 30:21 record set by Britain's marathon world record holder Paula Radcliffe in 2003.

Jepchumba failed to keep up with the relentless pace as the race entered its second half.

She was three seconds adrift by the time Jepkosgei passed 15km in 45:37.

However, both runners smashed the record mark of 46:14 set by another Kenyan in Florence Kiplagat in 2015.

Jepkosgei then passed 20km in 1:01.25 before crossing the line 14sec faster than the world record set earlier this year by Peres Jepchirchir at the Ras Al Khaimah Half Marathon earlier this year.

“I only wanted to improve my time.

"This is a surprise for me.

"The conditions were good for me because I’m used to training at this time of day, in the morning.”