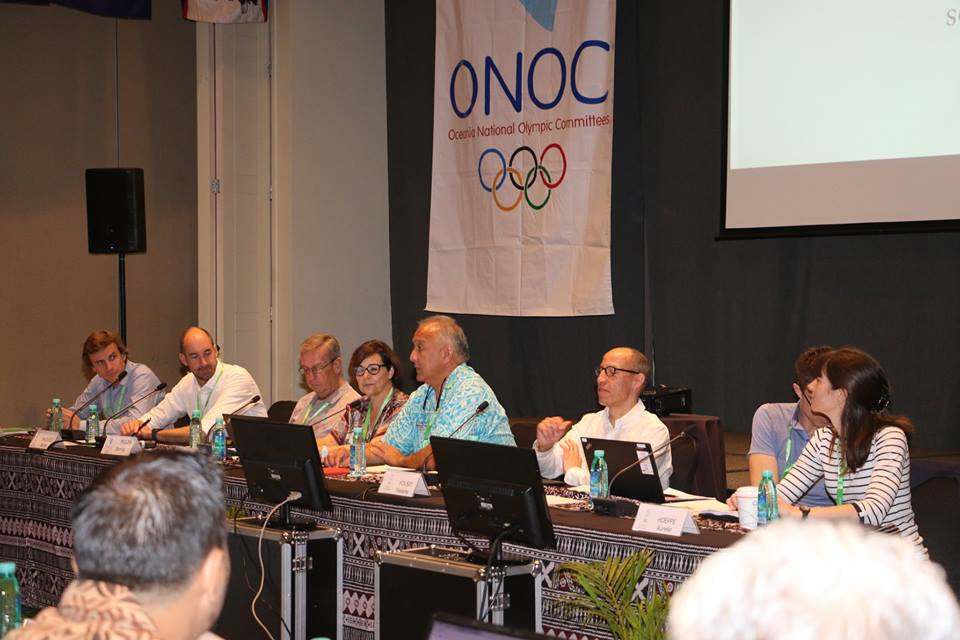 An Olympic Solidarity Forum has begun a week of meetings due to conclude with the Oceania National Olympic Committees (ONOC) General Assembly here on Saturday (April 1).

A delegation from the International Olympic Committee's (IOC) Olympic Solidarity programme are aiming to detail the opportunities provided by their funding over the 2017 to 2020 quadrennial cycle.

ONOC President Robin Mitchell revealed earlier this month that the Pacific region would benefit from a 14 per cent increase in payments.

Mitchell and ONOC secretary general Ricardo Blas are both members of the Olympic Solidarity Commission, who attended the meeting where the budget was revealed last year.

"There we learned as part of the Commission of a budget that was quite significant to many of the National Olympic Committee members," Blas said during the opening remarks of the Forum, taking place on Fiji's biggest island Viti Levu.

"We did ask how it was going to affect us and I think the Olympic Solidarity team were still working on the logistics of the plan.

"They are here today to present to you those plans and possible outcomes."

The Forum is being led by Nicole Girard-Savoy, who heads the Olympic Solidarity's work with the ONOC Continental Association.

In her opening remarks, she highlighted that the Forum was aimed at encouraging National Olympic Committees (NOCs) to take advantage of the sports development opportunities available, as well as advocating and promoting the IOC's Agenda 2020 plans.

NOCs will be able to access funding to help support world programmes, aimed at benefiting athletes, coaches, NOC management or the promotion of Olympic values.

"The programme will aim to make you familiar with the Olympic Solidarity programme on offer, but also allow you to take advantage and exchange with your colleagues in your NOCs on how you can use different solidarity programmes," Girard-Savoy said.

"You can then share this information with your colleagues and respective sports organisations, concerning the opportunities you have through Olympic Solidarity.

"I think this is a great opportunity to discuss this with our teams during the next couple of days."

As part of the Forum, NOCs will take part in working groups to help exchange ideas and experiences related to athletes, coaching and NOC management.

It is hoped the Forum will provide NOCs with a greater insight to the benefits on offer through the funding, with several boasting new officials in key roles.