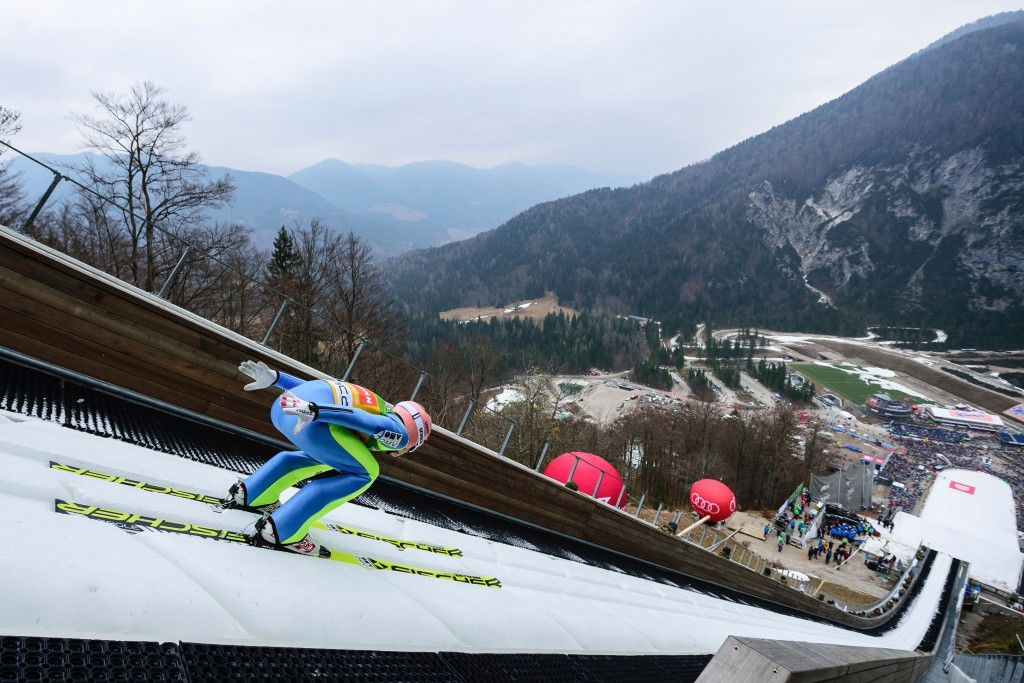 The 23-year-old's jump of 250 metres was by far the longest of the competition, which had to be cancelled after eight of the 30 jumpers in the final round had gone due to strong winds.

It earned him an eighth World Cup win of the season with 244.3 points and took his final overall tally to 1,665 points, 141 more than nearest challenger Kamil Stoch of Poland.

"It was another unbelievable day," Kraft, who was also crowned the Ski Flying World Cup winner, said.

"Being on top of the podium three times today was too much for me.

"For the first time ever I started crying at a ceremony.

"I want to thank my team and the ski jumping family.

Rounding out the top three in the overall standings was Norway’s Daniel Andre Tande, who was disqualified today, with 1,201 points.

Kraft headed the Ski Flying World Cup rankings with 445 points, followed by Wellinger with 333 and Stoch with 279.

The Nations Cup standings were topped for the first time in history by Poland with 5,833 points.