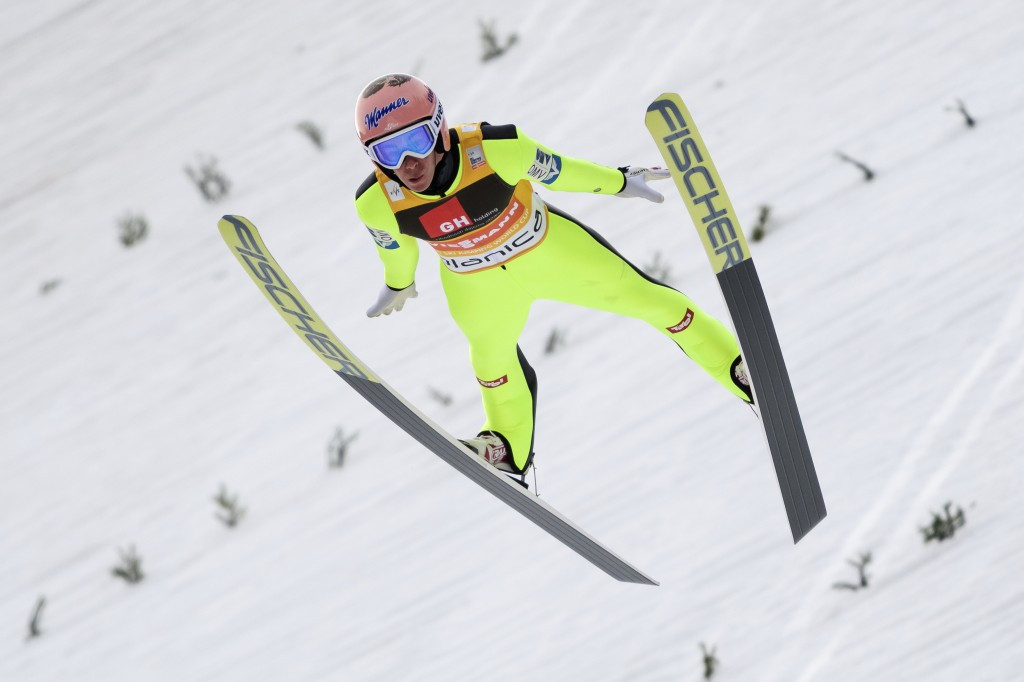 Austria’s Stefan Kraft has claimed his seventh victory of the International Ski Federation (FIS) Ski Jumping World Cup season in Planica in Slovenia, moving him to the brink of winning the overall title.

Kraft’s triumph means he now has an 86-point advantage over nearest challenger Kamil Stoch of Poland going into the season finale on Sunday (March 26), when a maximum of 100 will be up for grabs.

The 23-year-old jumped 243 and 240.5 metres in today's respective first and second rounds for an unrivalled total of 490.2 points.

"My two jumps in the competition today were sensational again.

"The trial round was also very good.

"Everything worked out perfectly and it was a lot of fun.

"I tried to enjoy it today and it was simply awesome."

Germany’s Andreas Wellinger came second with 480.4, while compatriot Markus Eisenbichler was third with 461.8.

A distant third in the overall standings is Norway’s Daniel Andre Tande, who is 364 shy of Kraft’s 1,565 after ending up in 13th place today.

Action in Planica is due to continue tomorrow with the team event.