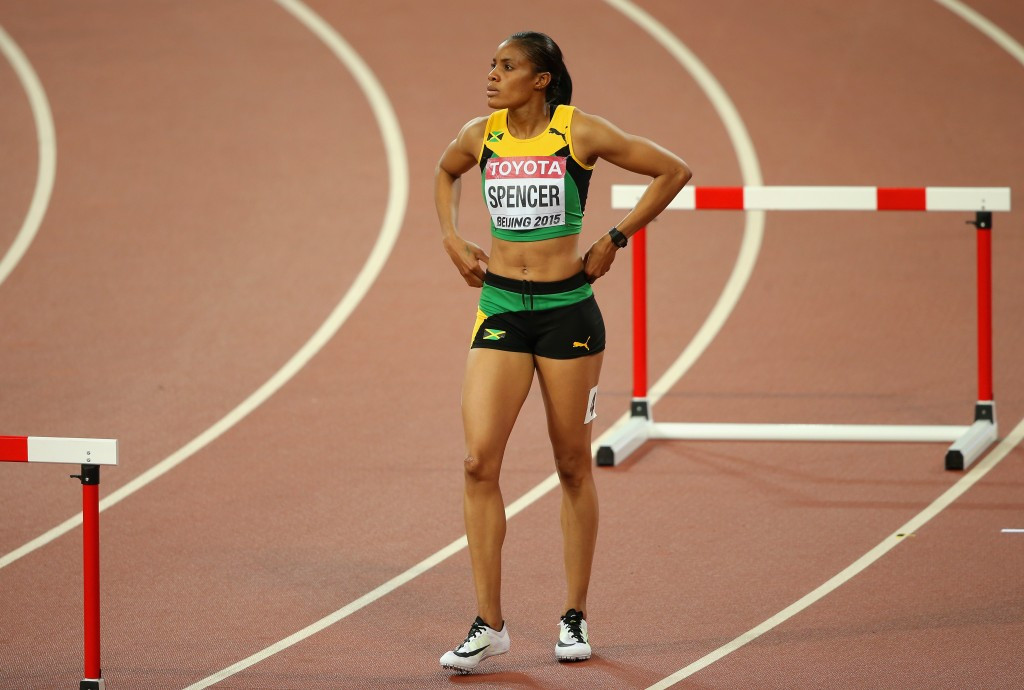 The pair are alleged to have violated Article 2.3 of the JADCO Anti-doping Rules 2015 relating to "evading, refusing or failing to submit to sample collection"".

Both athletes have already denied breaking any rules.

Spencer was the the 400 metres hurdles champion at Glasgow 2014 and also part of a silver medal winning 4x400m relay team at the 2009 World Championships in Berlin.

The 29-year-old told the Jamaican Observer that she will "pursue all legal channels necessary to protect her good name and her reputation as a true ambassador of Jamaica".

"This allegation is simply false, as Ms Spencer has always made herself available to be tested by JADCO," a statement provided by her management team added.

Hylton, winner of a 4x400m bronze medal at the 2011 World Championships in Daegu, told Reuters that he had been notified of his provisional suspension after allegedly declining to provide a sample during testing last year.

The 28-year-old claims that he had not been properly informed about the test and only discovered anything about it after leaving the stadium.

"Honestly they [JADCO] never did their job properly because they were supposed to make the person know that you were selected to be drug tested and they did not let me know that," Hylton is quoted as saying.

Under World Anti-Doping Agency rules, the maximum penalty for "evading, refusing or failing to submit to sample collection"is a four-year suspension.