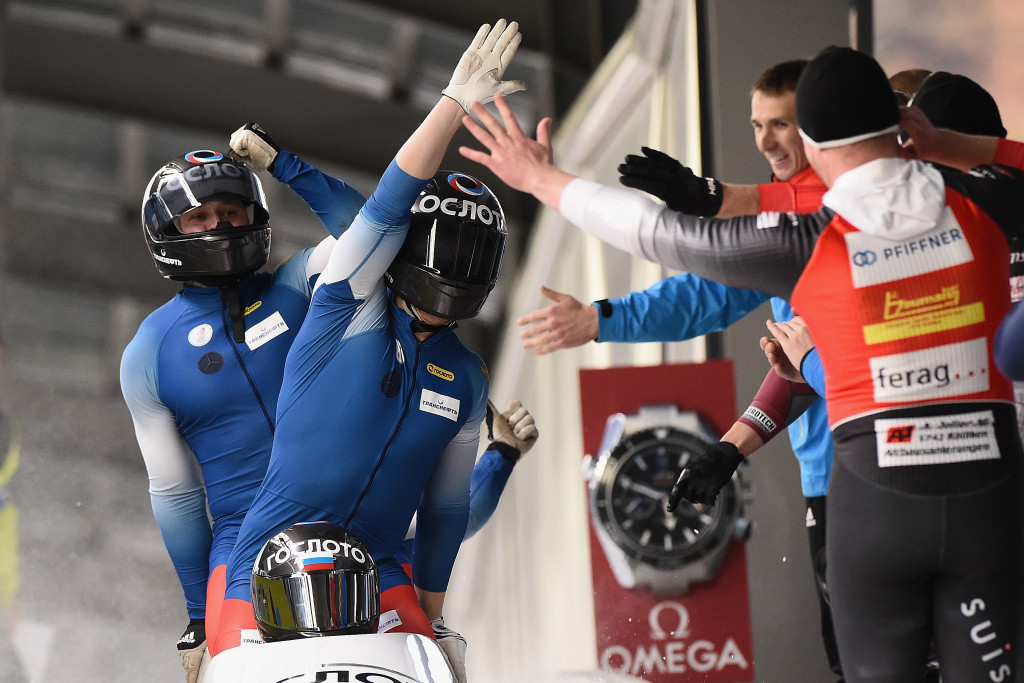 Alexander Kasjanov of Russia won the final International Bobsleigh and Skeleton Federation (IBSF) World Cup race of the season in Pyeongchang to wrap up the overall four-man title.

The pilot, pushed by Aleksei Pushkarev, Vasilij Kondratenko and Alexey Zaitsev, clocked a winning time of 1min 39.96sec at the South Korean track.

It means that the Swiss crew piloted by Rico Peter had to settle for second place, both in Pyeongchang and overall.

Peter's team, featuring pushers Bror van der Zijde, Alex Baumann and Thomas Amrhein, managed a total time of 1:40.19 at an event which doubled as a test for next year's Winter Olympics.

Latvia's Oskars Kibermanis, Janis Jansons, Matiss Miknis and Raivis Zirups were third at the season-ending World Cup, with a time of 1:40.22.

Kasjanov's win at the Alpensia Sliding Centre was his second of the World Cup season, after his success at the campaign opener in Whistler in Canada.

Steven Holcomb of the United States finished third on 1,362.

The combined bobsleigh standings, which take into account both the men's two-man and four-man, were won by Germany's Francesco Friedrich.

He moved in front of Kasjanov in Pyeongchang after winning the two-man and coming 11th in the four-man.