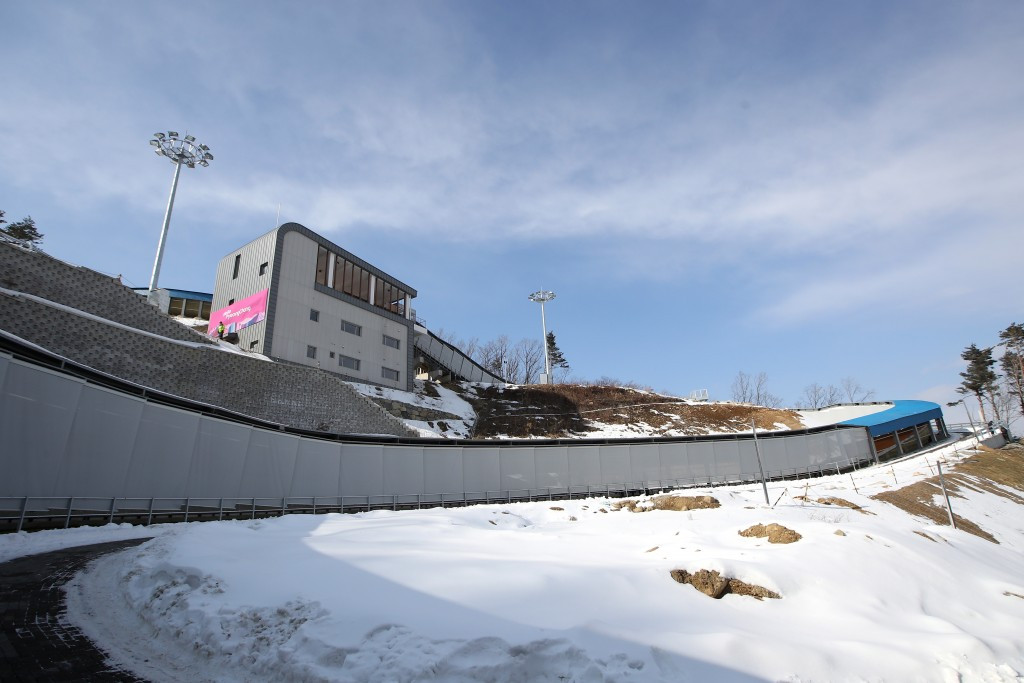 Athletes on the International Bobsleigh and Skeleton (IBSF) World Cup circuit are set to conduct the first competitive test of the track due to be used at next year's Winter Olympic Games in Pyeongchang during this weekend's season finale.

The event at the Alpensia Sliding Centre, which begins tomorrow and concludes on Sunday (March 19), will bring the IBSF season to a close.

A strong field has entered the competition in the South Korean resort as every gold medallist from last month's World Championships in Königssee will take part.

Concerns about the track have been raised in the build-up to Pyeongchang 2018 regarding safety and expense but athletes such as Britain's Olympic skeleton champion Lizzy Yarnold are looking forward to putting it through its pace in a competitive environment for the first time.

The sliding track lies within a 10 minute walk of the Alpensia resort at which the Main Media Centre and Olympic Family hotel will be based during the Games.

Organisers had rejected an International Olympic Committee suggestion made in 2014 to use an existing facility outside the country - probably in Nagano in Japan - in order to avoid the expense of building a new track.

Problems then emerged following initial testing year over inadequate icing features on sections of the course.

He did warn, though, that "a couple of improvements are needed here and there".

Bobsleigh and skeleton competitors have spent the last two weeks making themselves familiar with the course at the Alpensia resort.

As well as the competition doubling as an Olympic test event, there is the small matter of the recipients of the IBSF World Cup, which are all still to be decided.

Germany's Jacqueline Lölling will hope to add a third major honour to her growing collection as she has already won world and European gold this year.

The 2012 Youth Olympic Games champion leads the women's skeleton on 1,366 points, narrowly in front of team-mate Tina Hermann, who has 1,341.

A thrilling contest is set to unfold in the race for the overall men's skeleton crown, with Latvian Martins Dukurs and Sungbin Yun of South Korea going head to head.

Dukurs is the current leader on 1,437, 24 more than the South Korean has managed to amass.

Olympic Champion Kaillie Humphries and World Championships bronze medallist Jamie Greubel Poser of the United States are the two athletes in the running for the women's skeleton title, with the Canadian in pole position on 1,446.

Francesco Friedrich of Germany is braced to wrap up the men's two-man bobsleigh crown as he has a 101 point advantage over American Steven Holcomb on the leaderboard.

Alexander Kasjanov of Russia and Switzerland's Rico Peter are locked in a fierce clash to deliver four-man glory for their respective countries.

The Russian team, spearheaded by Kasjanov, has 1,275, with their Swiss challengers hot on their heels with 1,261.

Action begins with the men's and women's skeleton events tomorrow.