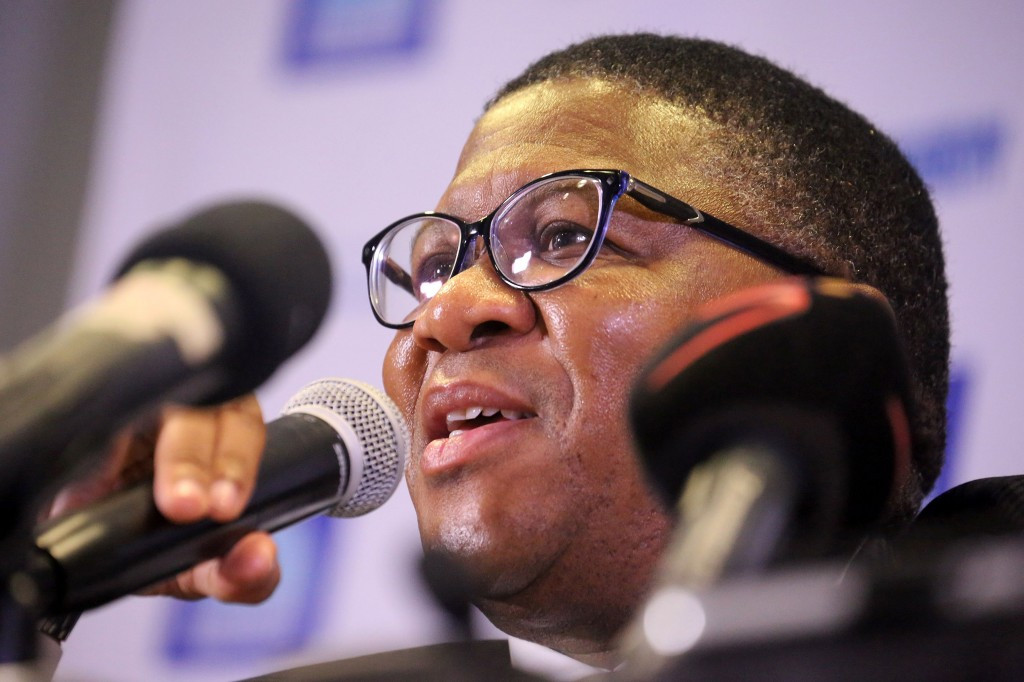 Fikile Mbalula, South Africa’s Minister of Sport, has expressed the Government’s disappointment at the Commonwealth Games Federation (CGF’s) decision to strip Durban of the Games in 2022.

The decision was taken by the CGF's ruling Executive during a meeting this weekend, with their chief executive David Grevemberg telling insidethegames yesterday the organisation felt they “had no choice to take this decision.”

insidethegames had reported last Friday (March 10) that Durban would be stripped of the Games after CGF President Louise Martin failed to get assurances from the South African President Jacob Zuma that his Government would financially support the events.

It had been estimated that staging the Games in Africa for the first time would have cost at least ZAR8 billion (£498 million/$607 million/€567 million).

The South African city had been awarded the Games by the CGF at its Assembly in Auckland in September 2015 when they were the only bidder following the withdrawal of its only rival Edmonton.

Since then, however, they had not formed an Organising Committee or made any of the payments due to the CGF.

"As the three spheres of Government and the sports movement, we entered the bidding process for the City of Durban to host the Commonwealth Games 2022 on behalf of our country and for the first time on the African Continent," said Mbalula.

"However, at this juncture, our country is regrettably not in a position to make huge financial commitments given the current competing socio-economic needs and global economic down turn.

"In the interests of fiscal discipline and financial prudency, our Government has considered all options and remains confident that we have acted in the best interest of South Africa.

"We end by thanking all the political principals and officials from all spheres of Government who worked tirelessly to secure the Games.

"We in the same vain express our gratitude to the South African Confederation and Olympics Committee (SASCOC) for their collegiality.

"A word of gratitude to the Commonwealth Games Federations for believing in our bid and having initially entrusted the City of Durban to host the Games."

Mbalula claimed clauses in the Host City agreement would "seriously comprise South Africa", referencing the Government meeting any potential shortfall in the budget and the guarantees subsidies or rental costs related to the Commonwealth Games Village.

He claimed this had resulted in the signing of the finance guarantee being delayed, although the agreement was eventually signed in June 2016.

The guarantee, according to Mbalula, was subject to the CGF engaging with South Africa and Durban on all possible revenue sharing streams related to the Games.

"We trust that history will present us and future generations with another opportunity to host the Commonwealth Games and other international sport events," Mbalula said

"Our bidding and hosting strategy remains focused on us attracting premier events that add value to our economic and social cohesion imperatives.

"South Africa remains a premier destination for such mega sporting events and our solid infrastructure holds the country in good stead to host same."

Mbalula is set to come under pressure for the loss of the Games, with the Democratic Alliance claiming they will write to the chairperson of the Portfolio Committee on Sport and Recreation to request the Minister be summoned to appear before Parliament.

The party, the main opposition to the ruling African National Congress, has demanded Mbalula account for the reported loss of ZAR118 million (£7.3 million/$8.9 million/€8.4 million) spent on bidding for the Games.

"Minister Mbalula must, therefore, account to Parliament as to why he chose to ignore the very obvious signs that South Africa was simply not financially ready to host this event and provide a detailed breakdown of the costs that were incurred during the bidding process," the Democratic Alliance said.

"The DA continuously warned the EThekwini Municipality, Minister Mbalula and SASCOC that the Commonwealth Games were too expensive and that South Africa simply does not have the financial means to host it.

"All of these parties should have known that South Africa could not afford to host the Games when South Africa failed to meet several deadlines to present an adequate budget.

"SASCOC also failed to conduct a proper financial impact assessment to calculate the cost and benefits of Durban hosting the Games, meaning that South Africa had no idea what the true financial impact of the games would have been on the country.

"The entire bidding process was doomed from the start, South Africa was ill-prepared and underfinanced."