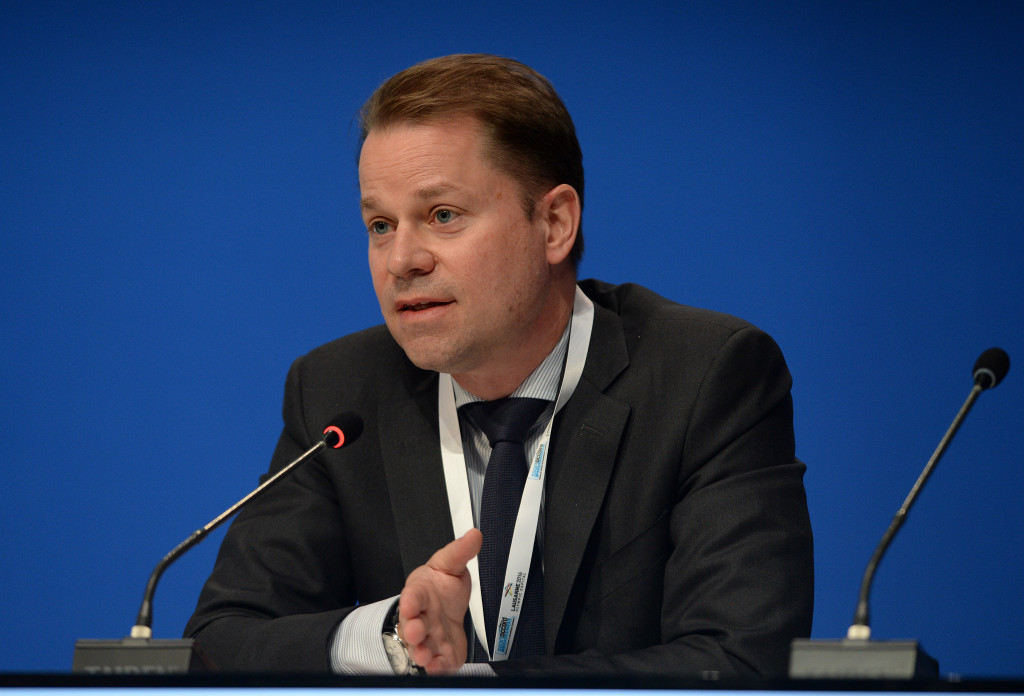 An expert group has been set-up by the World Anti-Doping Agency (WADA) to consider a blanket ban on the use of corticosteroids, it was revealed today.

Products which could be outlawed include triamcinolone, a substance used by Britain's Tour de France champion and five-time Olympic gold medallist Sir Bradley Wiggins to treat a pollen allergy.

Corticosteroids are currently prohibited in competition but can be used outside it in order to treat injuries.

"It is an unsatisfactory situation, we all agree with that," WADA director general Olivier Niggli said at the Tackling Doping at Sport conference here.

"We have set up a group to try to come up with better proposals on how we can do it.

"The hope for a number of years is that research would bring us detection methods that would distinguish the route of administration.

"The reality is that it doesn't seem that easy to come up with a method allowing us to do this.

"We need to have another discussion about dealing with this.

"The system we have now is not good.

"Only the people who are being, so called, 'honest' about what they are doing are getting caught, otherwise you always say, 'it was a cream' and you get away with it."

The WADA group, formed in January, are also exploring under what medical conditions it is appropriate to request a therapeutic use exemption (TUEs) to be given triamcinolone.

Sir Bradley received TUEs granting him permission to take the substance before the Tour de France in 2011 and 2012 and the Giro d'Italia in 2013, his biggest races of all three seasons.

This has been welcomed by UK Anti-Doping (UKAD), who have called for corticosteroids to be banned for each of the last three years.

"I think they’re in a fantastic position to carry that piece of research forward and take a holistic view of the situation," said UKAD chief executive Nicole Sapstead.

"I’m not party to how corticosteroids are used other than for UK athletes and therefore they are in a great position to see it from an international perspective.

"If they were to introduce an outright ban then great."

A timeframe has been not been announced by WADA but the 2018 Prohibited List is expected to be published around September.