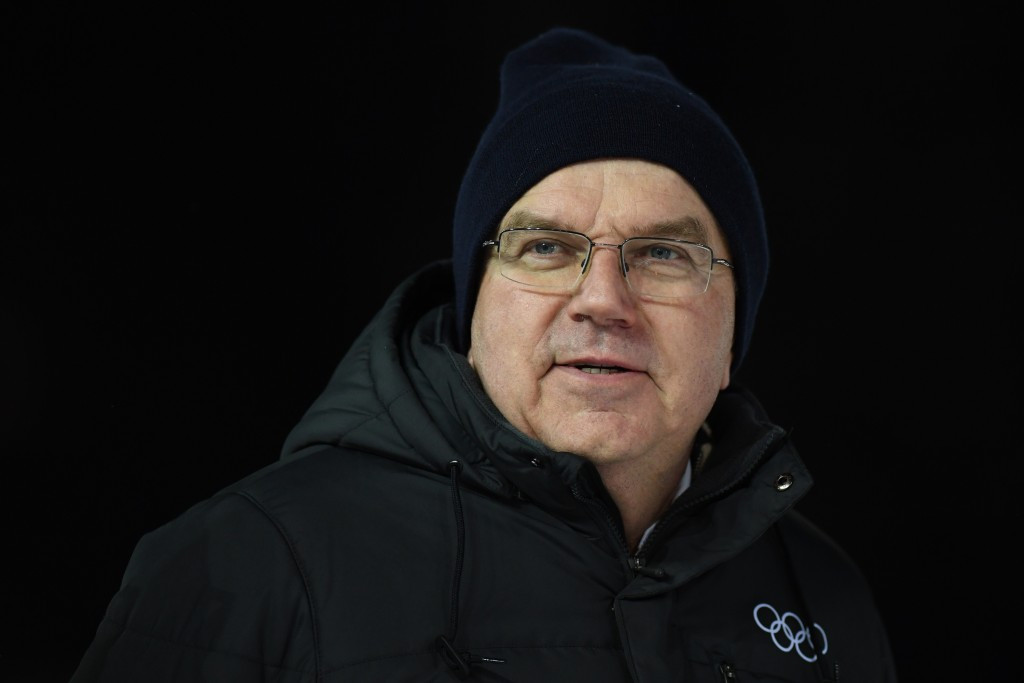 International Olympic Committee (IOC) President Thomas Bach is considering changing the rules so that cities bidding for the Olympic Games for a second time pay less than those launching a first attempt.

It is part of a plan to justify the entire Olympic concept as a time of bidding apathy, as well as corruption and doping scandals.

Bach also reiterated his belief that Budapest's bid for the 2024 Olympics and Paralympics failed due to internal politics rather than any wider problems and that a a proposed bid from the Swiss canton of Graubünden for the 2026 Winter Games failed despite support from all "establishment" forces.

He admitted that changes are required to restore confidence in bidding, especially in Europe, but did not mention his plans to award both the 2024 and 2028 editions together to Paris and Los Angeles.

"Europe is the core continent of the Olympic Movement," Bach told Stuttgarter Nachrichten.

"It would not be wise to ignore this.

"The process, as it is, produces too many losers.

"Because when this tendency exists, the number of applicants decreases...but we want to find the best hosts for the Olympics.

"In the past, cities such as Paris and Buenos Aires have often applied.

"This is no longer enforceable today.

"Most of those who are exempted leave the application process...because the costs are too high."

Bach claimed "this circle must be broken".

He added: "We can not expect candidates from the second time to start the whole process again from zero.

"We have to reduce the planning costs.

"What we will do, starting from the 2026 Winter Games bid process, is that every venue that has hosted a World Championship or a World Cup event will be considered as approved."

Under the present system, candidates spend two years developing detailed master plans and seeking venue approval from both the IOC and each International Federation.

Adapting this process would make it cheaper and logistically simpler to launch bids.

Bach has mooted awarding both the 2024 and 2028 to Paris and Los Angeles at this year's IOC Session in Lima in September.

This idea was notably absent from his comments to Stuttgarter Nachrichten.

The proposal has been widely opposed by many of IOC members.

insidethegames reported last month that three of the IOC's four vice-presidents were among those to publicly signify opposition.

Budapest's decision to drop their bid for 2024 last month meant Los Angeles and Paris are the only runners left in a contest that begun as a five-horse race and also included Hamburg and Rome.

Los Angeles was itself a replacement candidate after the initial American choice of Boston withdrew following huge local opposition.

But Bach believes that the problems, like in Budapest, relate more to communication and local political problems.

The failed Swiss attempt for 2026 was described as a "very good example" of this.

"The possible candidacy of Graubünden has been supported by the Government, all but one party, the business and tourism association, as well as the entire establishment," Bach said.

He claimed part of the problem related to how people oppose the views of this "establishment" and ignore evidence to the contrary.

"You can not go through with facts and arguments," Bach said.

"This is regrettable, but we do not get tired.

"The general political situation obviously no longer permits a dialogue or an argument with arguments."

Bach claimed for most cities the Olympics is "generally either profitable or has a red or black zero".

He dismissed accusations "that the IOC is stuffing itself at the expense of the hosts".

Bach claimed "the fact is that 90 per cent of our revenue is spent on the global development of sport".

He rejected the view the Olympics often leaves empty venues and little legacy.

"The use is now being prepared," Bach said.

"The Olympic Park in London was closed for one year after the Olympic Games, as a long time was needed to adapt it.

"The time should also be given to the Brazilians - it takes time to rebuild a handball court into four primary schools."

Rio de Janeiro would "not have a functioning public transport system" without the Olympics, Bach claimed.

He also cited improvements in water quality at the Guanabara Bay sailing venue which is "not perfect, but much cleaner than before".

Bach again claimed the Agenda 2020 reforms that he introduced in December 2014 have made a difference for the 2024 race.

He also claimed that sometimes local organisers were to blame for spiralling costs.

Bach claimed the IOC had tried to persuade Pyeongchang 2018 not to build a new bobsleigh track but to use an existing track in another country, such as Japan.

"We have even advised them: do not build, go to another country," he told Stuttgarter Nachrichten.

"This almost led to an insurrection."