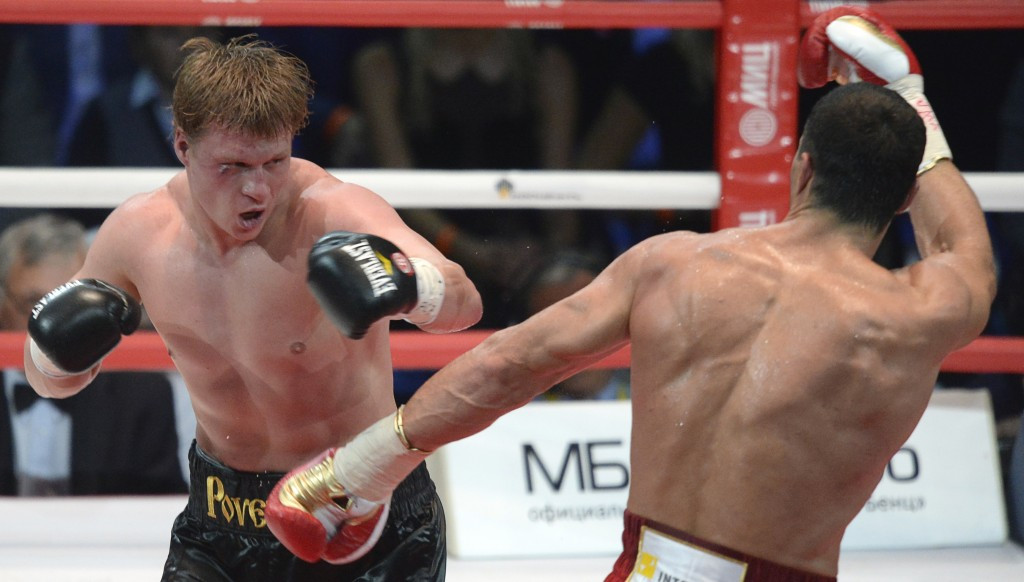 The Russian boxer was due to take on American Deontay Wilder and Canadian Bermane Stiverne in world title fights last year, but neither bout went ahead as Povetkin tested positive for meldonium and ostarine before the respective contests.

He was supposed to go up against Wilder in May and Stiverne in December.

Povetkin will be able to re-apply for reinstatement in one year, the WBC confirmed, and he will also have to undergo a specific testing programme by the Voluntary Anti-Doping Association as part of the WBC's clean boxing initiative at his own expense.

The WBC has also given Povetkin the chance to provide additional proof regarding the ostarine test.

"The WBC’s verdict was predictable given the December ostarine test," he said.

"This is what any other sport federation would’ve done.

"After the all, the Council stated in August, after Alexander tested positive for meldonium, that it would impose sanctions if any other banned substances are were found in his blood.

"In contact with the WBC, we are currently investigating how Alexander ended up with ostarine in his system, and we are also collecting expert opinions.

"When the work is done, we will appeal to the WBC and hope we are heard."

The WBC refused to approve a fight between Povetkin and Stiverne, which was for the heavyweight title, on December 6 as a result of the Russian's positive test for ostarine, which helps boost an athletes' endurance.

Promoter Andrei Ryabinsky, the director of World of Boxing, disputed the failed test.

Samples from December 13 and 15 came back negative with Ryabinsky saying the drug takes more than 12 months to leave the human body and that he thinks Povetkin may have taken the banned substances unknowingly.

Despite the doping claims, Povetkin, the winner of the Olympic super-heavyweight gold medal at Athens 2004, was allowed to go up against France’s Johann Duhaupas in a non-title fight in Yekaterinburg, which sparked controversy in Russia and in worldwide boxing circles.

The 37-year-old Russian, a former World Boxing Association heavyweight champion, knocked out the Frenchman in the sixth round.

Povetkin escaped a WBC ban in April, despite failing for the banned heart attack drug meldonium, which forced the cancellation of his bout with Wilder on May 21.