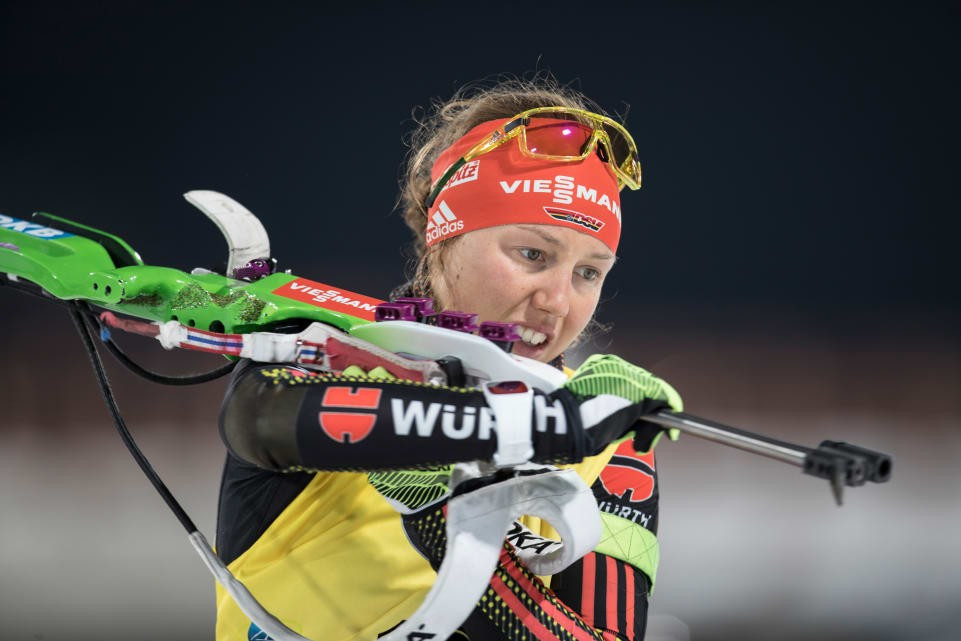 Germany's Laura Dahlmeier continued her superb run of form as she won the women's 7.5 kilometres sprint during the latest stop on the International Biathlon Union (IBU) World Cup calendar in Pyeongchang.

The formidable German, who returned from the recent World Championships in Hochfilzen with five gold medals, crossed the line in a time of 20 min 43.7sec to secure yet another win at the Alpensia Biathlon Centre.

Dahlmeier shot clean on her way to victory at the competition in the South Korean resort, which is doubling up as a test event for the 2018 Winter Olympic Games.

The 23-year-old, who will be among the favourites in the vast majority of races at Pyeongchang 2018, finished in front of Norway’s Tiril Eckhoff.

The Norwegian also shot clean but fell 8.4sec short of Dahlmeier, while France’s Anais Chevalier took home the bronze, just as she did in the sprint event at the World Championships.

Dahlmeier's win enabled her to move further clear in the race for the overall title as nearest challenger Gabriela Koukalová suffered a disappointing day.

The Czech athlete could only manage 21st place, her lowest result of the season, and now faces a tougher task if she is to overhaul the German at the summit of the standings.

Dahlmeier has 963 points, with Koukalová trailing in second on 877 points.

"It’s important to see the shooting range, the crowd, it’s good to come back to a place from which you have the best emotions," the victorious German said.

"For this season I want to focus from one race to the next race and not think about the crystal globe."

On the performance of her main rival, she added: “I think it’s hard to be always the best.

"I think Gabi had a tough fight, I think it’s not the best day for her but she will come back.”

The event in Pyeongchang continues tomorrow with the men's 10km sprint race.