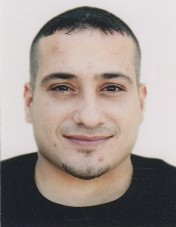 Jordan’s Omar Qarada took gold on the opening day of the 2017 Powerlifting World Cup in Dubai as four of the top five finishers from the men’s up to 49 kilograms division at Rio 2016 went head-to-head.

His only successful attempt of the competition, a 162kg lift, in the opening round proved enough to seal the win.

Heading into the final round, Tunkel was in second thanks to a best lift of 147kg, whilst Basha, who finished fourth in Rio, was comfortably in third courtesy of an opening round attempt of 142kg.

However, the final round saw a dramatic twist as Tunkel failed with a 149kg attempt, presenting Basha with an opportunity to seize the silver medal.

The 42-year-old did not need a second invite and a stunning lift of 148kg under immense pressure pushed Tunkel into the bronze medal position.

The women’s up to 45kg class saw another thrilling competition with just 1kg separating the top three finishers.

China’s Lingling Guo led throughout, opening with a 92kg lift.

Although she failed with an attempt at 94kg in the second round, she successfully lifted the same weight in the third to take the gold.

Ukraine’s Maryna Kopiika progressed through each round, recording lifts of 90kg, 92kg and 93kg to take silver.

Poland’s Justina Kozdryk also finished with a lift of 93kg, but had to settle for bronze after only managing 88kg and 91 kg in her opening two rounds.

The women’s up to 50kg class was won by Ukraine’s world champion Rayisa Toporkova after the 31–year-old managed successful lifts of 90kg in the first round and 95kg in the second.

She finished ahead of Kazakhstan’s Kabira Askarova who took silver with 75kg and bronze medallist, Thailand’s Wandi Kongmuang, who also managed 75kg.

Syria’s Noura Baddour, a fourth place finisher at Rio 2016, took gold in the women’s up to 41kg class.

Her best lift of 90kg came in the second round and was enough to see off her closest rival, Turkmenistan’s Roza Matyakubova, who finished with a best lift of 72kg.

Egypt’s Hossam Elgafary took gold in the men’s up to 54kg class with a second round lift of 150kg.

Silver went to Iraq’s Ali Al-Darraji, with a best attempt of 143kg while Japan’s Tetsuo Nishizaki took bronze with his best lift of 124kg.