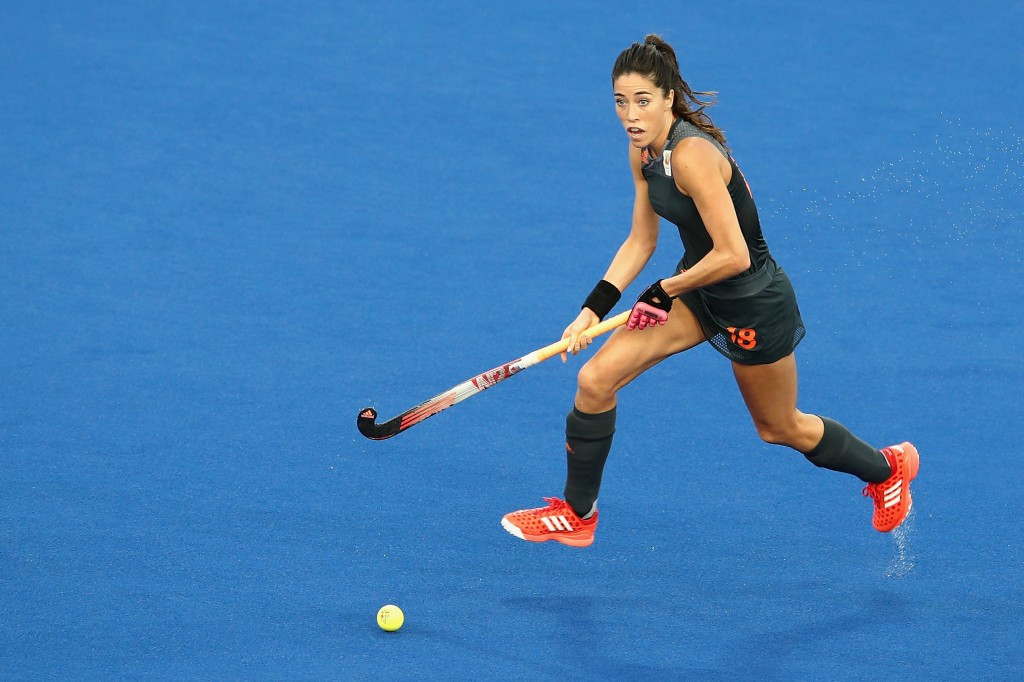 Rio 2016 Olympic silver medallists John-John Dohmen of Belgium and Dutchwoman Naomi Van As have been named the men's and women's Player of the Year respectively at the Hockey Stars Awards in Chandigarh in India today.

Maddie Hinch, who was key to Britain's women winning their first-ever Olympic gold medal at last year's Games in Rio de Janeiro, took home the women's Goalkeeper of the Year prize, with the men's award going to Ireland's David Harte.

Britain swept the Coach of the Year prizes thanks to Danny Kerry and Karen Brown, who guided the country to Olympic gold at Rio 2016.

There was further success for Belgium as Arthur Van Doren claimed the men's Rising Star of the Year award, given to those under the age of 23, while Argentina's Maria Granatto received the women's award.

The prizes were handed out at a glittering ceremony at the five-star Lalit Hotel.

"I’m delighted that this stunning event has given them the global recognition that they deserve.

"Their performances and achievements in 2016 have inspired the next generation in their respective fields and they should all be very proud of their success."

Dohmen was an integral part of the Belgium team which stunned the world by reaching the final of the Rio 2016 men's tournament, where they were beaten 4-2 by Argentina.

Van As, a double Olympic champion who is one of the most decorated athletes in the sport, finished her international career with Olympic silver after The Netherlands lost out to Britain in a dramatic shoot-out.

Hinch was the hero of the shoot-out in the Brazilian city, saving all of the Dutch efforts to help Britain claim a historic triumph.

Van Doren was also a member of the Belgian side which earned silver in Rio, while Granatto has enjoyed a superb year, winning the Champions Trophy and the Junior World Cup with Argentina.

"It is fantastic to see our coaches and players recognised with awards," England Hockey chief executive Sally Munday said.

"Maddie's heroics at the Olympic Games will be remembered by millions who watched our women win gold.

"She is the goalkeeper no player wants to face when taking a penalty and I am thrilled to see her receive this award."

The Umpire of the Year Awards went to Christian Blasch of Germany and Belgium's Laurine Delforge.