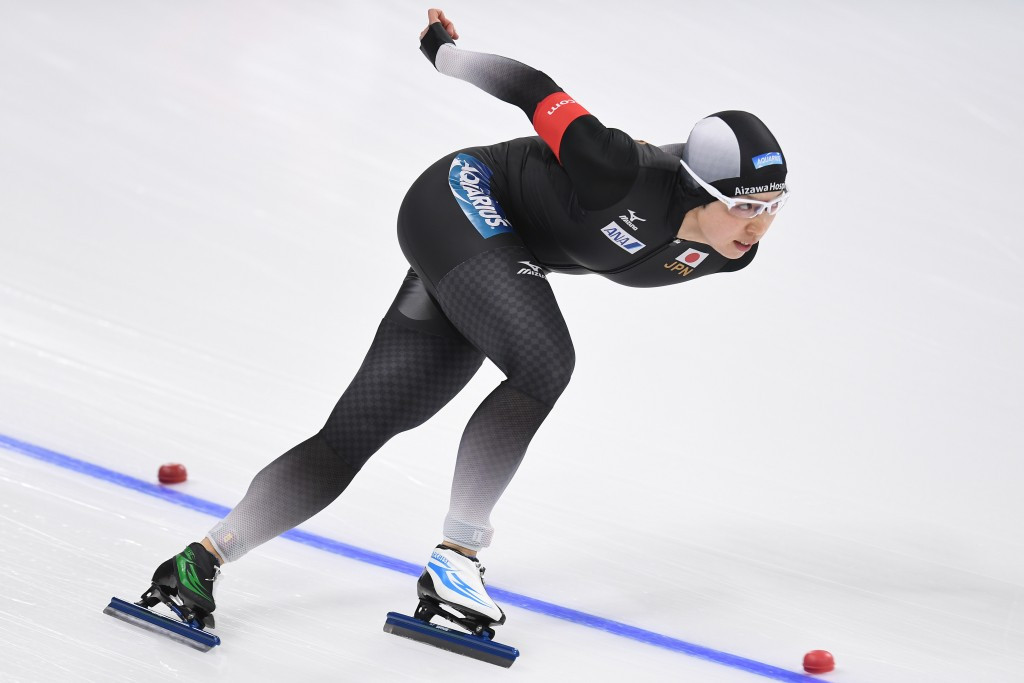 The event at the Obihiro Forest Speed Skating Rink contained all three medallists at this year's World Single Distance Championships in Gangneung earlier this month.

Lee, the 500m world record holder, has struggled with a calf injury all winter.

Lee finished 0.31 seconds behind in second with Japan's Go Arisa a further three-hundredths behind.

A photo-finish was required to separate her and fourth placed Yu Jing of China, the bronze medal winner at the World Championships.

Japanese skaters won all four gold medals today to the delight of the home crowd.

She clocked an Asian Winter Games record of 1:56.07 to beat team-mate Misaki Oshigari by 2.06 seconds.

But, because of an Asian Winter Games rule preventing clean sweeps, Zhang Hong of China was awarded the bronze medal after finishing fifth fastest in 2:00.14.

Kazakhstan's Denis Kuzin placed second in 1:09.64 with the podium completed by Japan's Shunsuke Nakamura in 1:09.76.

Japan made it four from four with a dominant women's team pursuit win in 3:00.08.