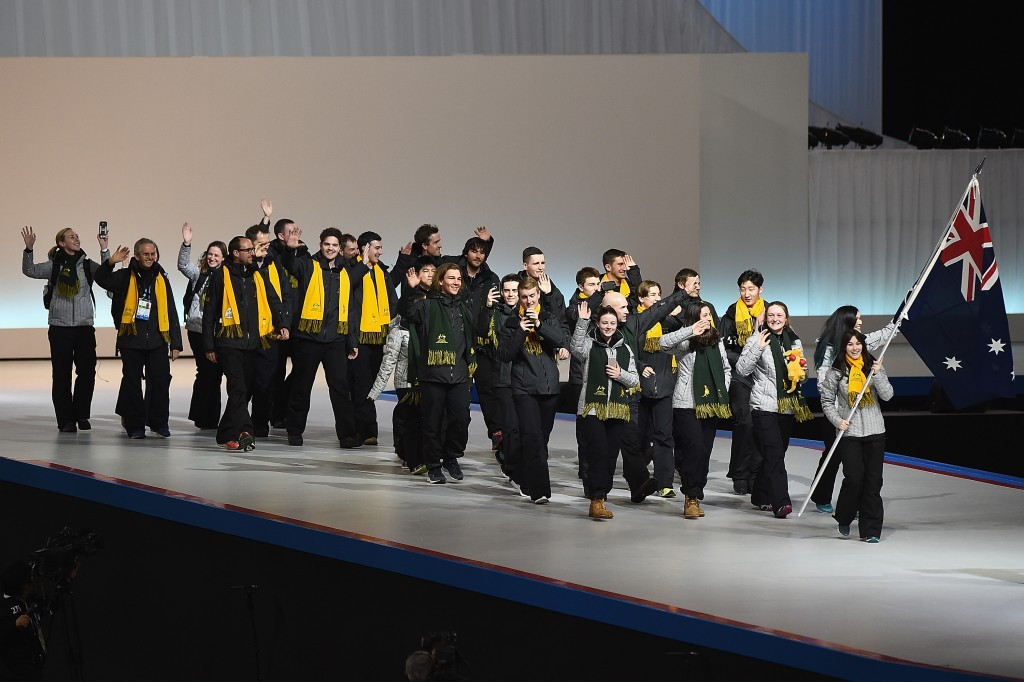 There was an earlier start time of 4pm for yesterday's opening to Sapporo 2017 to launch an event also notable for the participation of Australian and New Zealand athletes.

Opening Ceremonies for the Olympic Games are usually held far later in the evening.

The Opening Ceremony eremony at Rio 2016 started at 8pm local time at the Maracanã Stadium.

It ended at 11pm but, by the time athletes had left the venue, travelled back across the city to the Athletes' Village in Barra de Tijuca and then re-entered security and returned to their apartments, it was as late as 2am.

This meant that most athletes competing on the opening days of the Games chose not to attend.

In comparison, the earlier end time of 7pm here allowed athletes to return far earlier, while buses were also in operation during the event in order to allow participants to leave midway through.

This was also made easier by the parade of nations taking place at the beginning.

"Love it..." tweeted four-time Olympic ice hockey medallist Ruggiero in response to a question on this format from insidethegames.

"Would love to see more athletes have the opportunity to walk in the Opening Ceremonies."

Love it... would love to see more athletes have the opportunity to walk in the Opening Ceremonies https://t.co/loyKYtE9qy

Seoul 1988 was the last Summer Olympic Opening Ceremony to begin in the afternoon rather than the evening.

This event is best remembered today for how several doves were unintentionally burnt alive when the Cauldron was lit.

Later start times do, however, make it easier from a logistical perspective, particularly as the event invariably is held on a Friday at an Olympics.

It also ensures higher broadcasting figures in the host nation.

Ruggiero, also chief strategy officer for Los Angeles 2024, is not here for the Asian Winter Games.

Wasserman hailed the Olympic Council of Asia's "innovative" approach in inviting athletes from Oceania to the Games.

The Australian and New Zealand teams are here as "guest" athletes so are not eligible to win medals, but did march alongside the 30 Asian teams at the Opening Ceremony.

"The Opening Ceremony yesterday was fantastic - it is always great to see so many athletes from such a diverse range of nations come together to celebrate sport," said Wasserman, who has proposed a unique opening to Los Angeles 2024, taking place across two venues.

"But it was very special to see athletes from Asia and Oceania walking out together in solidarity.

"This is precisely the type of inclusion and unity that we celebrate in Los Angeles and Southern California and that we will promote should LA have the honour of hosting the 2024 Olympic and Paralympic Games."

Wasserman and Probst - along with USOC managing director for bids and protocol, Chris Sullivan, and director of international strategies and development Dragomir Cioroslan - are part of a four-strong US contingent here to lobby the 10 or so voting IOC members who are present.

A choice between Budapest, Los Angeles and Paris is due to be made at the IOC Session in Lima on September 13.