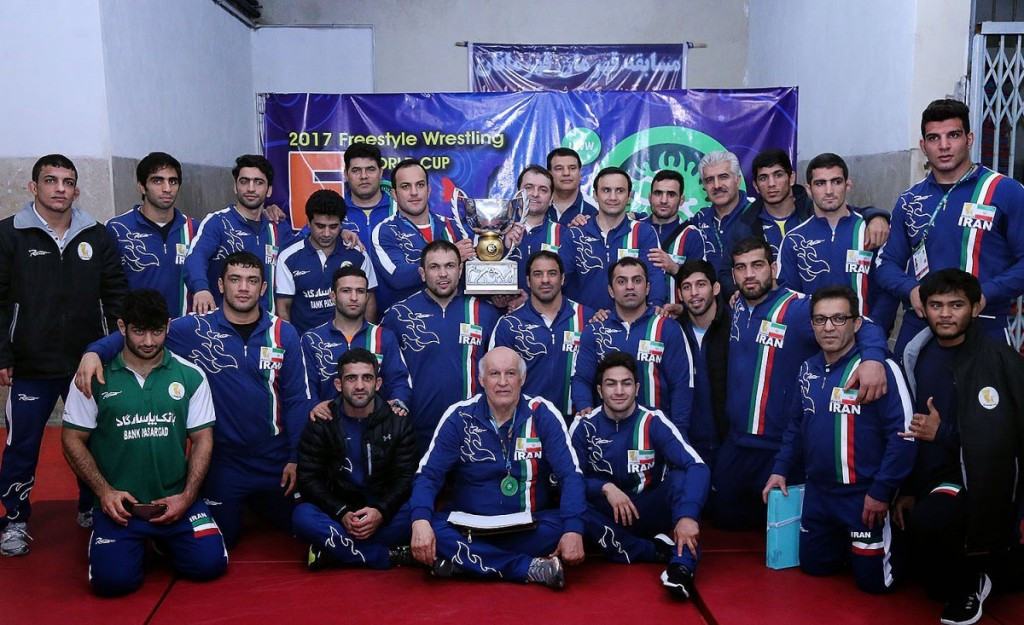 Hosts Iran completed the successful defence of their Freestyle Wrestling World Cup title after overcoming the United States in the gold medal match at the Imam Khomeini Sport Venue in Kermanshah.

Ghasemi celebrated by holding an Iranian flag above his head and then placing it in the centre of the mat, falling to his knees and putting his face on it.

Four-time world medallist Hassan Sabzali Rahimi, who also won bronze at Rio 2016, opened the contest with a 6-0 victory for Iran over Anthony Ramos at 57kg.

Olympic team member Meisam Abolfazl Nasiri came from 4-0 behind to claim a 5-4 victory over Frank Molinaro at 65kg, before Mostafa Mohabbali Hosseinkhani got the better of James Green at 70kg to make it 4-0 to the hosts.

Rio 2016 gold medallist Kyle Snyder kept the US' hopes alive with a 6-0 win over Amir Mohsen Mohammadi at 97kg, but they were soon ended by Ghasemi.

The US had to settle for the silver medal at an event where their participation had appeared unlikely following retaliation to restrictions imposed on Iranian immigration into the US by President Donald Trump.

Trump’s executive order, signed on January 27, prohibited citizens from seven Muslim-majority countries - also including Iraq, Libya, Somalia, Sudan, Syria and Yemen - from being granted entry to the US for a 90-day period.

A Federal Judge has since blocked the ban, with the Trump administration then failing to have this ruling overturned at the Ninth Circuit Court of Appeals.

After the suspension of the policy, following a ban by a Federal Judge, Iranian Foreign Minister Javed Zarif vowed that visas would be given to American wrestlers.

Iran earned their place in the final after wrapping up top spot in Group B by beating Mongolia 7-1.

The US did so by virtue of a 20-14 technical points win over Azerbaijan after a 4-4 draw in the Group A decider.

Azerbaijan had to settle for a spot in the bronze medal match, which they won 7-1 at the expense of Turkey.