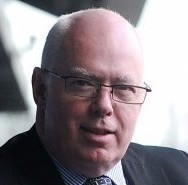 In each case I have worked with the Presidents and chief executives to help develop and deliver commercial strategies that have generated the revenue to fund the sport and help them achieve their various objectives in terms of global development, the creation of new events and attracting more participants.

The people I worked with and for were inevitably smart, hard-working, and totally committed to ensuring the success of their sport, usually because they had been players themselves and understood what the sport had to offer in terms of sheer enjoyment as well as personal development and social benefits.

Back in the day, I’ve been at it for 45 years or so now, it didn’t occur to me that I might be putting all of that learning to good use while doing something that none of the people I admired had ever done – starting an International Federation from scratch.

But nine years ago, I was asked by a small group of organisations, including the head of the Harvard Law School, to formalise the International Federation of Poker (IFP), to promote the development and international accessibility of competitive poker as a mind sport with a non-gambling, skill-based approach to the world’s most popular card game.

I knew that it would be a challenge but, inspired by leaders of world sport who I had met and respected, decided to push ahead.

From the outset we saw poker’s potential to be organised as a mind sport, a true intellectual challenge just like chess, bridge and others whose international bodies are recognised as part of the world sports family.

But poker was stuck with its association with gambling, luck and casino environments.

Dealing with gambling was, in retrospect, the easy bit. We eliminated it. When you play match poker you play for points, not for the money, with the outcome not determined by the random turn of the next card. The great thing is that by eliminating gambling we created a sport that can be played anywhere, and by anybody. It is permissible in every country across the globe, and suitable for participants of any age.

The next task was formulating a set of rules that created an even playing field that reduced the element of chance and the deliberate random dealing of cards inherent in standard poker. The solution was to create a team-based match poker format in which players in the same seat position at different tables are dealt exactly the same hand. Their performance is judged and scored against their opposite numbers on opposing teams, rewarding the unarguable skill of those who play those cards most effectively.

With the basics of the sport in place the International Federation of Poker held its first Championship in London in 2011 with teams from 16 countries ranging from Holland to Brazil taking part.

It was a memorable occasion and one which gave me great confidence in the future of the sport. But although the event was a great success we knew there was more to be done to create a mind sport which was truly suited to 21st Century conditions and the demands and expectations of players.

The result was a period of continuous growth and development that has seen IFP membership grow to over 60 International Federations and to host championship events in Cyprus, Italy, Ukraine and China.

But as I look towards this year’s IFP Congress in London in March, what strikes me as being the most significant development is the way that IFP has transformed match poker by taking it digital.

Only last week hundreds of players in teams from towns and villages throughout Sicily took part in a championship to mark the launch of IFP’s new Match Poker app, which dispenses with the need for physical cards and facilitates match poker play at any time, any place and anywhere.

Not only does the app drive all game play, it also facilitates all of the administrative functions associated with the sport including detailed score keeping, rankings, team and individual player records, league tables and more. With the ability to replay and analyse poker hands like never before, the transparency of the match poker format and the technology powering the sport form a unique and compelling combination.

Given data which shows that the overwhelming majority of people on the planet now has a smartphone and access to the internet, the Match Poker app which is available to download free of charge, has eliminated barriers to entry to the sport and delivered the digital infrastructure for competitions and their administration. Its digital nature will, we anticipate, make it increasingly popular with young people as a sport that can be played in an environment they instinctively understand and embrace.

And it is important that young people are given the chance to play this great game in a safe environment free from gambling.

As part of the significant amount of research I did in launching the IFP I wanted to come to understand how match poker could be not only enjoyable for its competition and camaraderie but actually beneficial to development in the way that so many other sports are.

Charlie Nesson, our adopted Professor at Harvard University showed me some of the answers through examples of projects in the United States where poker had been used to sharpen mental skills in young people; not only in mathematics but the those necessary to swiftly read and analyse a situation or set of circumstances and make the appropriate decisions under pressure. These are, Prof Nesson concludes, important skills socially, in education and in the workplace.

I may have been around International Federations most of my life but I must confess that when I agreed to help launch the IFP, I probably underestimated the complexities of creating a sport and a governing body ready to take its place in the 21st Century sports family. It’s been hard and sometimes frustrating work and I know that there is still lots to do. But the progress that has been made in nine years has been remarkable. We have a mind sport for the digital age and, as more players become familiar with Match Poker, new enquiries about membership from prospective NFs arrive almost every week.

On a personal level, I’ve learned a lot over the years. For example, if I was ever tempted to question whether match poker was a sport I certainly didn’t after the German team arrived for our first Championship complete with a coach, doctor, and dietician. That typically sporting attention to detail paid off and they became the first winners of the IFP Nations Cup.