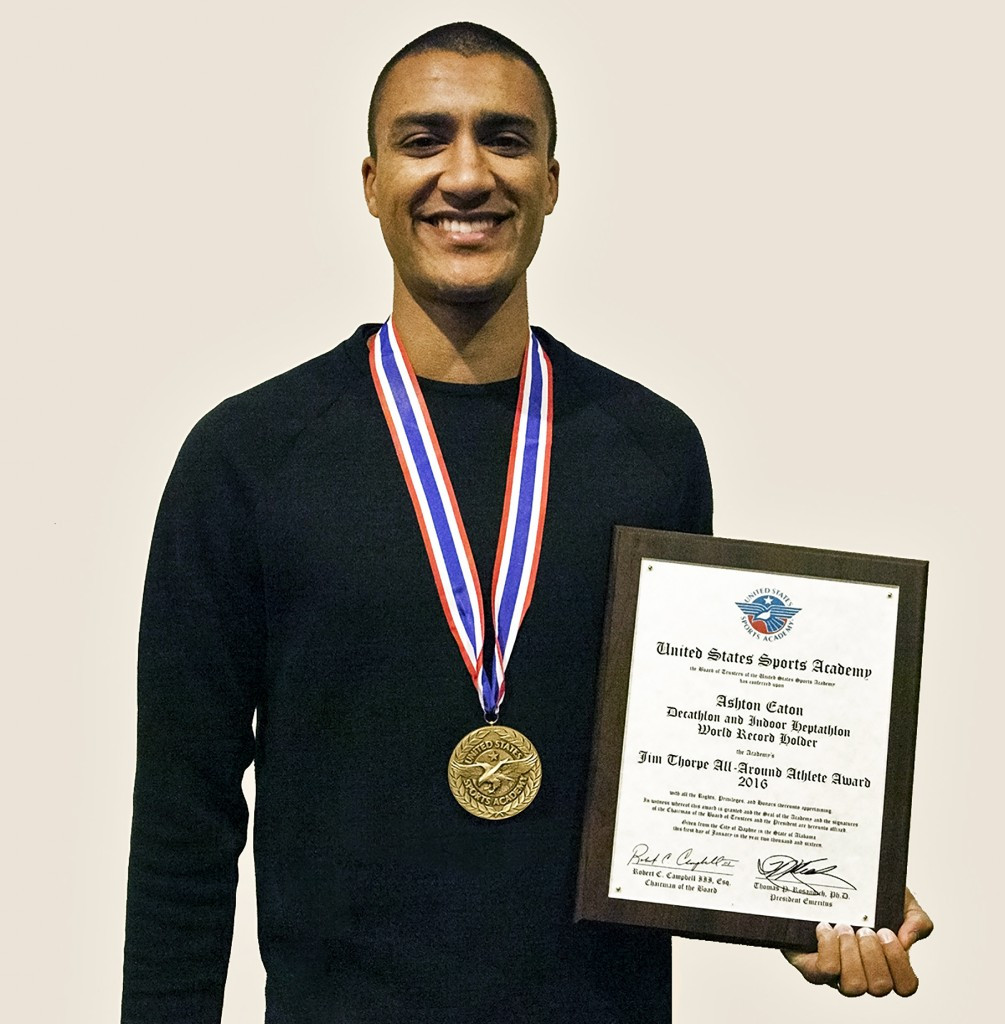 The award is presented annually to an individual who has demonstrated outstanding achievement in multiple sports and/or events of the same sport with Eaton collecting his prize at a ceremony in Eugene, Oregon.

A winner should exhibit "the qualities of versatility, strength, speed, flexibility, conditioning and training that exemplify superior athletic prowess".

This is the third time Eaton has been honoured in the Academy’s Awards of Sport programme, having won this award in 2010 and 2012.

After first winning gold in the decathlon at London 2012, Eaton defended his title in the Brazilian city this summer.

The 29-year-old is a five-time National Collegiate Athletics Association (NCAA) champion, winning the 2010 Bowerman award given to the year’s best student-athlete in American college track and field.

Eaton and wife Brianne Theisen-Eaton, who won a bronze medal in the heptathlon at Rio 2016, both announced their retirements from athletics last month.

His first international honour, a silver medal, came in the decathlon event at the 2011 International Association of Athletics Federations (IAAF) World Championships in Athletics held in Daegu in South Korea.

The Academy presents the awards to pay tribute to those who have made significant contributions to sport, in categories as diverse as the artist and the athlete in several different arenas of sport.