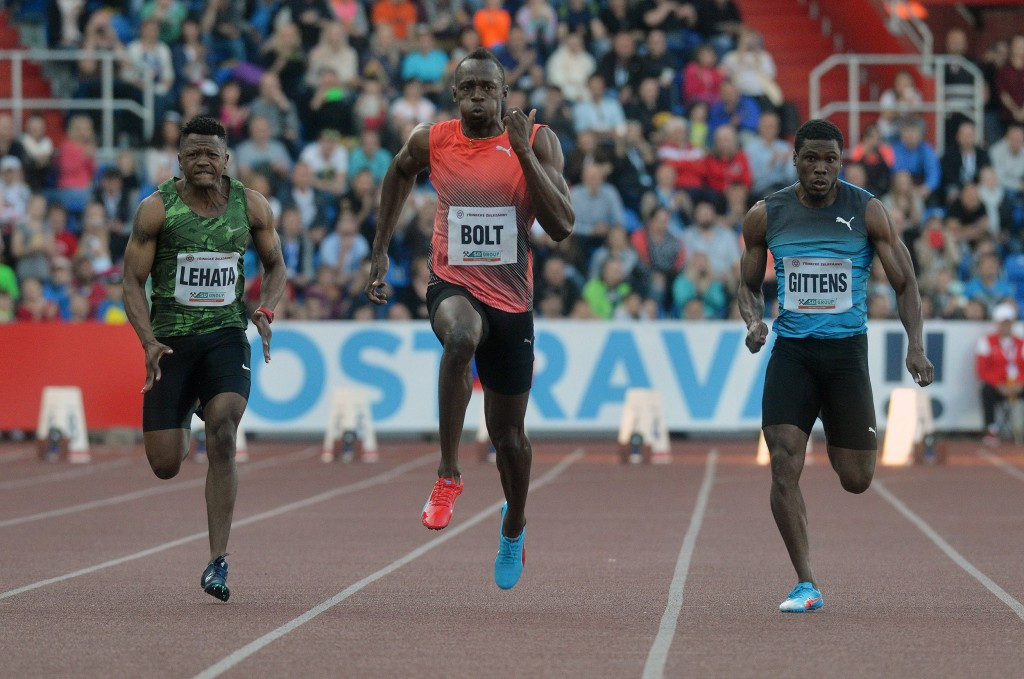 Usain Bolt produced his first sub-10 second 100 metres of the Olympic season as he clocked 9.98 to win the Golden Spike meeting in Ostrava - but his expected “showdown” with fellow world and Olympic champion Ashton Eaton failed to happen.

Eaton, who lowered his own world decathlon record in defending his world title in Beijing last summer, withdrew from the race after suffering a worrying injury to a quad muscle while long jumping earlier in the evening.

He pulled-out of the long jump after his first two efforts, the best of which was 7.55m, due to suffering pain in his left thigh.

The 28-year-old from Portland, Oregon, who won the IAAF World Indoor heptathlon title in his home city in March, had hoped to use the Ostrava race to improve his 2012 personal best of 10.21, and had speculated that running against the man who has the world record of 9.58 might feel like competing against “a race horse.”

Bolt, who had said he would be happy with a time of 9.80sec if weather conditions allowed, recovered from a sluggish start to pull clear of a moderate field over the second half of a race into a moderate headwind of -0.4mps, improving on his season's best of 10.05 in the Cayman Islands on Saturday.

After that first race of the season the 29-year-old Jamaican had needed treatment on a tight hamstring in Germany on the way to the Czech Republic.

"My first 40 metres, maybe 50 metres, was kind of sluggish,” said Bolt, who shook his head afterwards.

“That’s always needed to get up to speed quickly, so I thought that’s why I run so slow.”

He now shares sixth place in the 2016 standings with South Africa's world 400m champion Wayde Van Niekerk, whose time was clocked at altitude.

Femi Ogunode remains top of the early 2016 100m list with his 9.91 set in Gainesville, Florida in April, followed by the man Bolt beat to the world 100 and 200m titles last year, Justin Gatlin, who has twice clocked 9.94, most recently in winning last Saturday’s International Association of Athletics Federations’ Diamond League meeting in Shanghai.

Bolt is next scheduled to race over 100m in Kingston, Jamaica on June 11 against fellow countrymen Yohan Blake, the Olympic silver medallist who has clocked 9.95 this season, and former world-record holder Asafa Powell.

The Jamaican Olympic Trials are due to take place from June 30 to July 3.