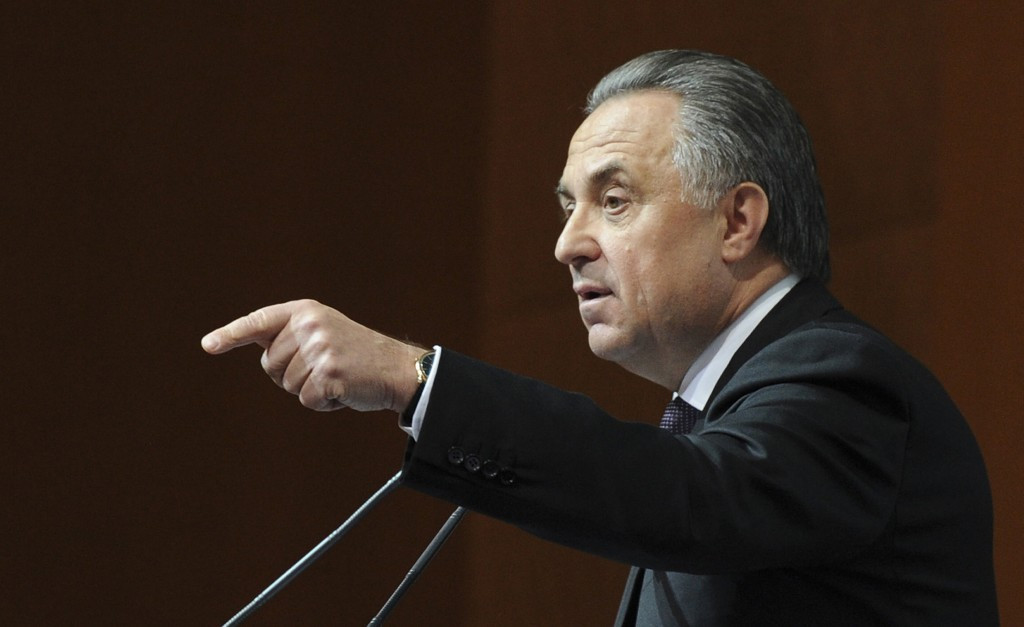 Russian Deputy Prime Minister Vitaly Mutko has vowed that the number of doping samples collected from national athletes will double to around 6,000 this year.

The country's drug testing programme is currently being overseen by UK Anti-Doping (UKAD) after they agreed to a request when the Russian Anti-Doping Agency (RUSADA) was suspended last January.

Anna Antselovich, the acting director general of RUSADA, said earlier this month that the cooperation with UKAD would continue in 2017, with the organisation not facing any restrictions to their work.

Mutko, the former Sports Minister, claimed that a total of 3,000 samples were handled by UKAD in 2016 and he expects the number to double this year.

"We have a contract with UKAD regarding the collection of doping samples - last year over 3,000 samples were handled," he told the Russian news agency TASS.

"They [UKAD] will soon publish another report, which contains data about approximately ten issued suspensions.

"This year, the Sports Ministry intends to provide conditions for the collection of 6,000 doping samples in order to tighten control over abuse of performance enhancing drugs."

Last month, UKAD chairman David Kenworthy suggested Russia should be suspended from the 2018 Winter Olympics in Pyeongchang due to widespread allegations of cheating.

Kenworthy made the assertion during an interview with the BBC, where he also said that the International Olympic Committee (IOC) should have banned Russia from last year's Olympic Games in Rio de Janeiro.

Kenworthy’s stance was criticised by Mutko, who believed the Briton should have been more supportive of his country.

It was confirmed last week that before RUSADA is declared compliant by the World Anti-Doping Agency (WADA), the Russian Athletics Federation's (RusAF) suspension will not be lifted.

The decision was taken by the International Association of Athletics Federations (IAAF) following a report from their Task Force, which is led by Norway’s Rune Andersen.

This means Russians will only be able to compete as neutral athletes at August's IAAF World Championships in London.

Thirty-five Russians have so far applied to participate under a neutral flag.

To facilitate this process, more than 60 Russians are now part of the IAAF's International Registered Testing Pool.

Russia could yet still face sanctions as a result of Richard McLaren’s report, which claimed around 1,000 Russians had doping samples manipulated and tampered with between 2011 and 2015 at events including the Sochi 2014 Winter and Paralympic Games.