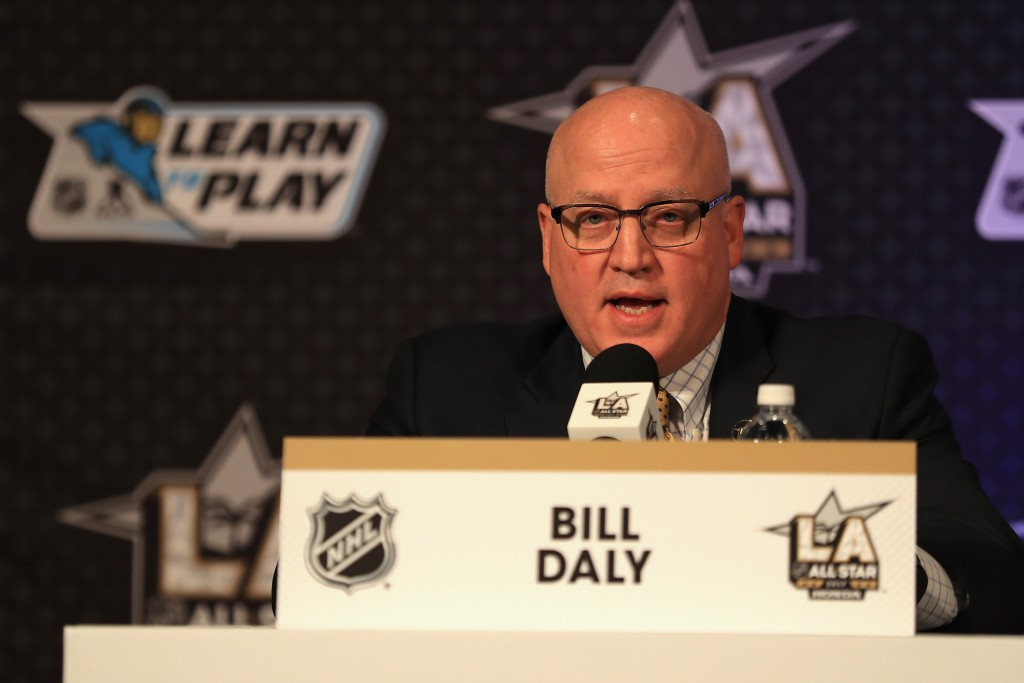 National Hockey League (NHL) players will not compete at the 2018 Winter Olympic Games in Pyeongchang “if the status quo remains”, deputy commissioner Bill Daly warned following a Board of Governors meeting here.

Daly’s comments cast further doubt on whether stars from the world’s most famous hockey league will be able to represent their country at the Games in the South Korean resort.

Talks concerning NHL participation at Pyeongchang 2018 remain deadlocked, Daly admitted, while commissioner Gary Bettman reiterated his claim that the ongoing dispute was not just about money.

“If the status quo remains, I don’t expect us to be in the Olympics,” Daly said after the meeting, held as part of the NHL All-Star weekend here.

“All I can tell you is, if we’re going to hear the same thing I don’t think it’s going to move the ball.”

Time appears to be running out for a deal to be struck, with negotiations proving particularly fractious because the International Olympic Committee (IOC) have opted to stop covering the cost of transportation and accommodation fees as they previously had.

Bettman has again expressed his indifference towards the IOC and also voiced his opposition to plans from International Ice Hockey Federation (IIHF) President René Fasel to source the required finances to help send NHL players to the Games.

The NHL commissioner is concerned the money would be taken out of grassroots funding, which could harm the development of the game worldwide.

He accused the IOC of “opening a whole can of worms” by refusing to pay.

The players, however, seem desperate to be allowed to play.

“The biggest hurdle is I think there’s concern among the teams about the ongoing disruption to the season, about a compressed schedule and a whole host of other things,” Bettman said.

“I think when the IOC said, ‘You know what, we don’t think it’s worth it, we’re not going to pay,’ I think that may have opened a whole can of worms.”

Daly has previously said they are struggling to find a “compelling reason” to give the green light to NHL players being able to take part at next year’s Olympics, due to run from February 9 to 25.

Bettman claimed in December that team owners are displaying a "strong negative sentiment" and are showing signs of "fatigue" after appearing at the five previous editions.

NHL stars have participated at every edition of the Winter Olympics since their debut appearance in Nagano in 1998.

The topic has been heavily discussed in recent months but a resolution remains a long way off.

The NHL, who had previously suggested a final decision would be made this month, would have to shut down for two weeks in order for its players to compete at the Games, which remains a bone of contention within the organisation.

The NHL Players' Association have already formally turned down a deal which would have permitted Winter Olympic participation in return for an extension to their current collective bargaining agreement.

This was last negotiated during a strike that led to almost half of the 2012-13 season being missed and is due to expire in 2022.