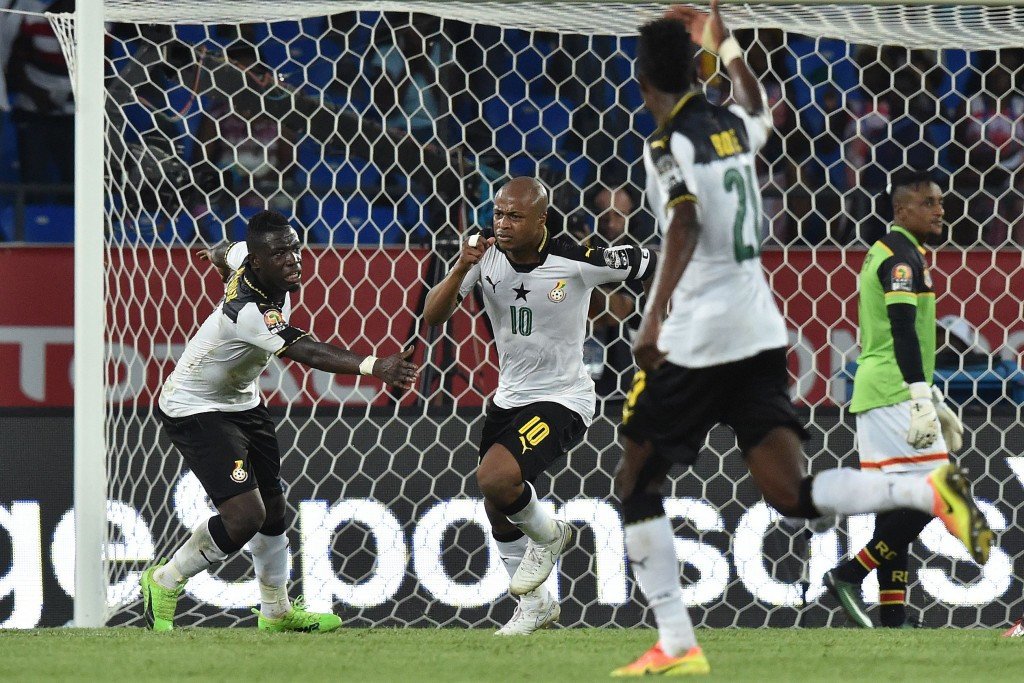 Ghana’s hopes of a first Africa Cup of Nations title since 1982 are still alive after they won their quarter-final in Oyem against the Democratic Republic of Congo.

Second half goals from brothers Jordan and Andre Ayew, the sons of legendary player Abedi Pele, either side of a Paul-Jose M’Poku strike at the Stade d’Oyem proved to be enough for the Black Stars to reach the competition’s semi-finals in Gabon.

They will now face Cameroon in Libreville in the last four, with their game being played on Thursday (February 2).

Proceedings in the first half were dull, although DR Congo captain Dieumerci Mbokani missed a great chance early on to break the deadlock.

Spectators had to wait until the 63rd minute for a goal and it came from the younger Ayew brother Jordan as the Aston Villa forward ran into the box and struck the ball home.

However, just five minutes later, DR Congo equalised through a wonderful shot from M’Poku which he hit from outside the penalty area.

Terms would stay level for 10 minutes before the older Ayew brother made no mistake from the penalty spot for the four-time champions after Christian Atsu was fouled by Lomalisa Mutambala.

In the day’s second quarter-final, an 88th minute goal from Mahmoud Abdel-Moneim gave Egypt a 1-0 win over Morocco in an all-North Africa clash at the Stade de Port-Gentil in Port-Gentil.

The clean sheet for the Pharaohs also means they still have not conceded during the whole tournament.

Burkina Faso are the opponents Egypt will face on Wednesday (February 1) in the semi-finals.

The final will be played on Sunday (February 5) at the Stade de l’Amitie in Libreville.