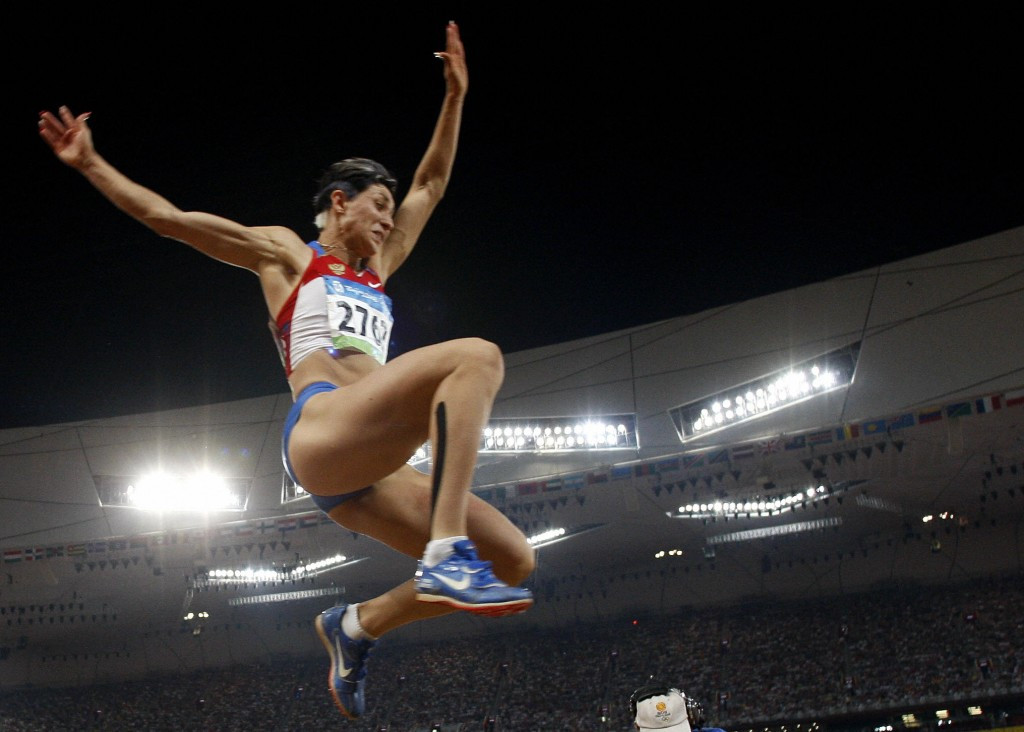 Russia's Tatyana Lebedeva has resigned from her position on the World Olympians Association (WOA) Executive Committee following her disqualification from the Beijing Olympic Games for doping.

Lebedeva, also a Senator representing the Volgograd region, has been stripped of silver medals won in both the long jump and triple jump events in the Chinese capital after re-analysis of her doping samples had found traces of banned steroid turinabol.

According to the TASS news agency, she has also been suspended from her position on the International Association of Athletics Federations' Women's Committee.

She was elected to the WOA position during a 2015 meeting in Moscow also attended by Russian President Vladimir Putin and IOC counterpart Thomas Bach.

Her failed test comes after the athletes' body have repeatedly issue calling for lengthy bans for drugs cheats.

A WOA statement today said they were "extremely saddened and disappointed" by the verdict.

"WOA this afternoon received the resignation of Tatyana Lebedeva from the WOA Executive Committee," the statement added.

"WOA is calling an urgent meeting of its Executive Committee to discuss this matter, including possible WOA sanctions, in accordance with its constitution and its zero tolerance stance on drug cheats.”

Lebedeva, a three-time world champion, is among the most high-profile members of the Russian athletics team to fail a drugs test.

She also won long jump gold at Athens 2004 as well as triple jump bronze in the Greek city to follow silver four years earlier in Sydney.

New techniques allowing detection of turinabol in the human body for a far longer period were not available when the Athens samples were re-tested.

But the athlete has been a frequent critic of Russia's doping problems, dismissing the findings of state sponsored doping in the World Anti-Doping Agency-commissioned Pound and McLaren Reports as a political crusade.

“These are the actions of an Anglo-Saxon lobby," she had told Ria Novosti in May.

"They see that sanctions have not produced the desired effect, and so they are beginning to strike all the positions where we have strength."