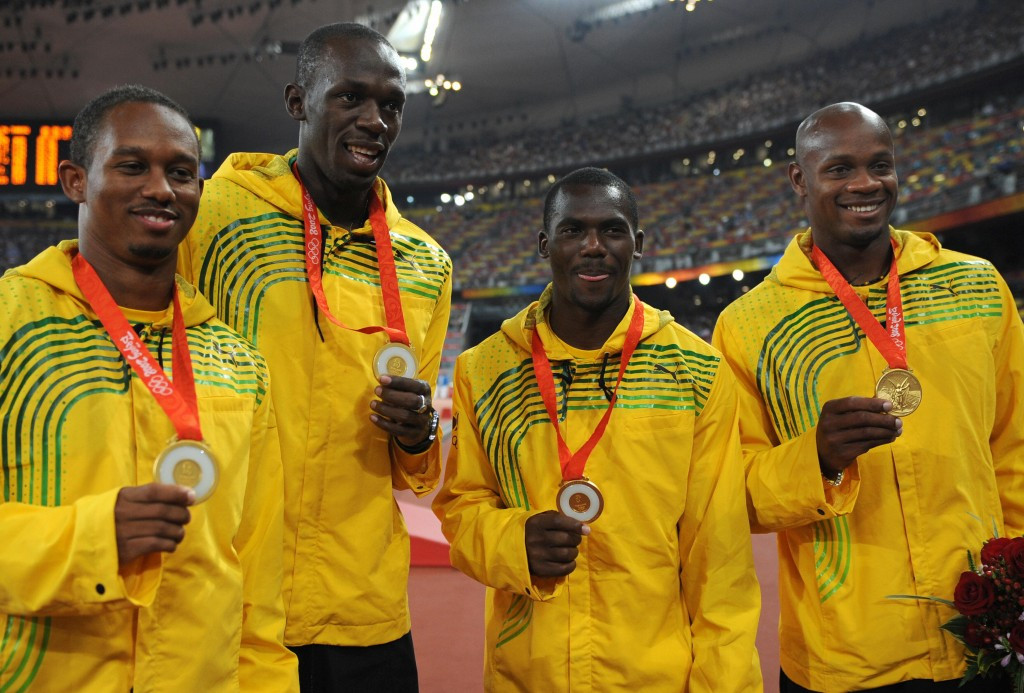 A Jamaican 4x100 metres relay team including Usain Bolt has been formally stripped of their Beijing 2008 Olympic gold medal following the disqualification of Nesta Carter for doping.

Russia's Tatyana Lebedeva has also been stripped of silver medals won in the long jump and triple jump events.

The decisions, announced by the International Olympic Committee (IOC) today, means that Bolt loses the "triple triple" of gold medals won at Beijing 2008, London 2012 and Rio 2016.

Re-analysis of frozen samples submitted by Carter resulted in a positive test for banned stimulant methylhexaneamine, a substance that was indirectly but not specifically on the World Anti-Doping Agency (WADA) Prohibited list at the time.

Trinidad and Tobago should now be promoted to the gold medal position.

Japan would take the silver medal and Brazil the bronze.

"The Jamaican team is disqualified from the men’s 4x100m relay event," an IOC statement confirmed.

"The corresponding medals, medallist pins and diplomas are withdrawn and shall be returned.

Michael Frater and Asafa Powell were the other two members of the victorious team who will now lose their medals.

He will not be stripped automatically of this result, although there will be targeted testing of it.

"For a number of reasons we do not communicate on whether or not someone has been tested and/or on negative tests," an IOC spokesperson said about his 2012 test.

insidethegames understands, however, that retesting of his sample at London 2012 back negative.

Carter was also a member of the 4x100m team which won gold medals at the 2011, 2013 and 2015 International Associations of Athletics Federations (IAAF) World Championships in Daegu, Moscow and Beijing respectively.

Carter won a bronze medal in the men's 100m at the 2013 World Championships in Moscow.

The Carter case is additionally complicated because methylhexaneamine was only added by name to the WADA banned list in 2010, although it was indirectly outlawed before then.

Some past methylhexaneamine cases have resulted in a warning rather than a ban.

The sprinter now has 21 days to appeal the IAAF verdict, before the world governing body open disciplinary proceedings.

"Once the IOC's case and any appeal is concluded for the disqualification of Nesta Carter from the men’s 4x100m event at the Olympic Games Beijing 2008 for an anti-doping rule violation, the IAAF will take it to the Jamaican Federation to determine Carter’s sanction beyond this disqualification," a spokesperson said.

"The IAAF will also retest any samples it holds in storage for the athlete from other competitions."

insidethegames understands, however, that he will not be stripped of World Championship results unless there is evidence of him doping at those specific events.

The 40-year-old failed for banned steroid turinobol, the drug famed for being used in East Germany in the 1970s and 1980s.

A test detecting the presence of the substance in the body for a far longer period has now been produced but was not present in time for re-testing of Athens 2004 results.

In the long jump, won by Maurren Maggi of Brazil, Nigeria's Blessing Okagbare is set to climb from third to second.

Chelsea Hammond of the United States would rise to third.