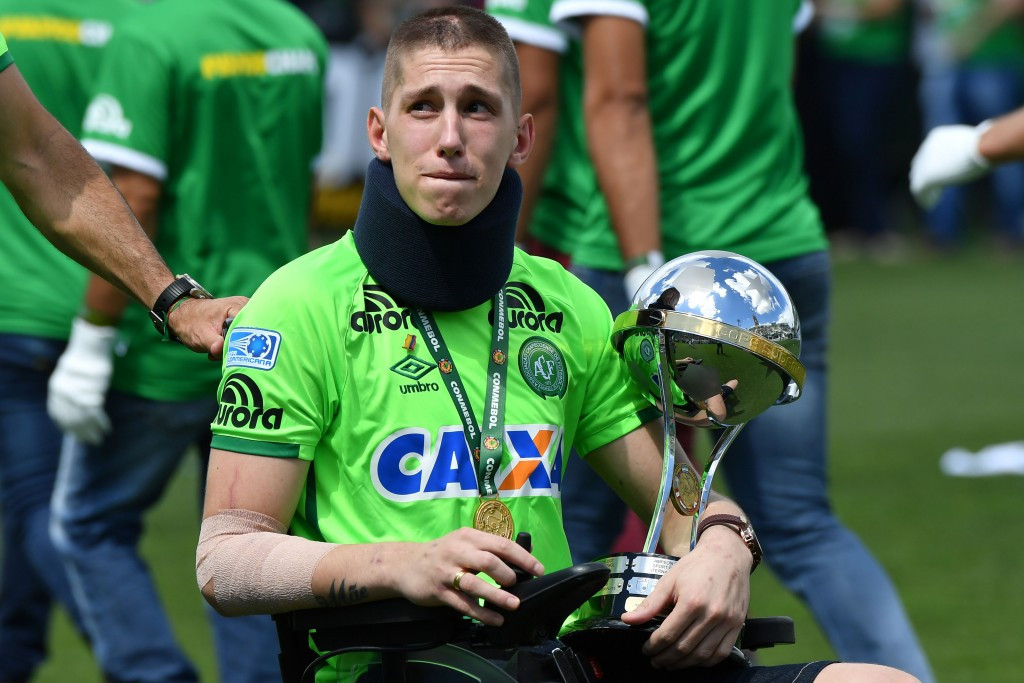 Brazilian football club Chapecoense have played their first game since the devastating air crash late last year which killed most of the team.

Nineteen players and coaching staff were among 71 people to die when their plane ran out of fuel and crashed into a mountain just outside of Medellín on November 28.

The team had been travelling to the Colombian city in order to play Atlético Nacional in the final of the Copa Sudamericana.

Chapecoense have since recruited 22 new players and welcomed Brazilian league opponents Palmeiras for a friendly match.

The three players who survived the crash - goalkeeper Jackson Follmann, centre-back Neto and full-back Alan Ruschel - received the Copa Sudamericana before the game at a sold-out Arena Conda stadium.

They were given the trophy and medals alongside families of the victims in front of 20,000 supporters.

The Copa Sudamericana was awarded to Chapecoense following the disaster, a move backed by Atlético Nacional.

It is hoped that Neto and Ruschel will ultimately return to the first team squad, but Follmann will be unable to after having part of his leg amputated.

Also among the six survivors was radio reporter Rafael Henzel, who commentated on the game.

The club gave 241 journalists from across the globe accreditation for the game, which was briefly stopped on 71 minutes as players from both teams and fans stood and clapped in commemoration of the victims.

Most of the players recruited by Chapecoense’s sporting director Rui Costa are on loan.

Cruzeiro centre-back Douglas Grolli, who was part of the Chapecoense squad between 2008 and 2011, was the first loan signing to be announced.

Both he and Amaral got their names on the scoresheet as the match with Palmeiras ended in a 2-2 draw.

Fifty per cent of the match proceeds will be used to rebuild the club, while the rest will go to the families of those killed.

Colombia's Civil Aeronautics agency concluded in its investigation that the plan for the fatal flight did not meet international standards.

They said a series of errors were made, including the decision to allow the plane to take off without enough fuel to make the flight safely.

The pilot failed to refuel en-route and did not report engine failures caused by the lack of fuel until it was too late, according to preliminary results of the investigation.