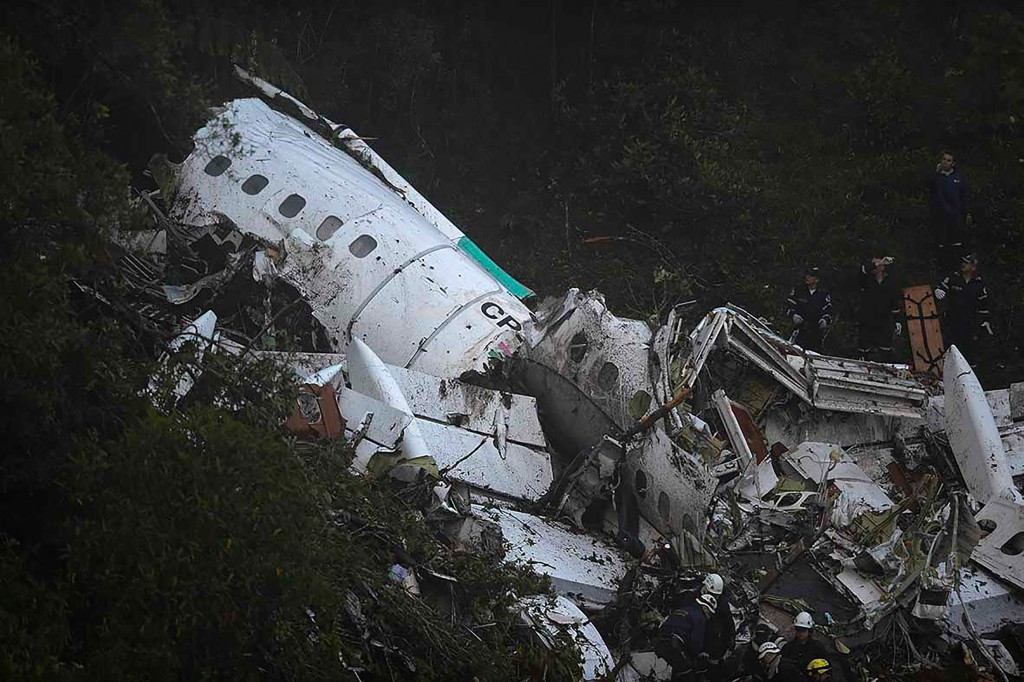 The plane crash that killed 71 people last month, including 19 players of Brazilian football club Chapecoense, was caused by human error, an investigation has found.

Operated by Bolivian airline LaMia, the plane ran out of fuel and crashed into a mountain just outside of Colombian city Medellín on November 28.

Colombia's Civil Aeronautics agency concluded in its investigation that the plan for the flight did not meet international standards.

A series of errors were made, they said, including the decision to allow the plane to take off without enough fuel to make the flight safely.

The pilot failed to refuel en-route and did not report engine failures caused by the lack of fuel until it was too late, according to preliminary results of the investigation.

Freddy Bonilla, air safety secretary for Colombia's aviation authority, said that aviation authorities in Bolivia and at LaMia accepted conditions presented in the flight plan that were "unacceptable".

"No technical factor was part of the accident, everything involved human error, added to a management factor in the company's administration and the management and organisation of the flight plans by the authorities in Bolivia," he said.

Bonilla added that the plane was not certified to fly at the altitude at which the trip took place and was also over its weight limit by nearly 400 kilograms.

The conclusion, officials said, was based on the plane's black boxes and other evidence.

A Bolivian Government report had already blamed the pilot, Miguel Quiroga, and LaMia for the accident from which six people survived.

An audio recording of Quiroga, who was also a co-owner of LaMia, suggested the plane did not have enough fuel for the journey from Bolivian city Santa Cruz de la Sierra.

Gamboa is accused of manslaughter and other charges, while Villegas is being held on charges that he misused his influence in authorising the license of the plane that crashed.

As well as the Chapecoense players, club officials and journalists also lost their lives.

The six survivors were three players, two aircrew and a journalist.

According to Brazil's O Globo newspaper, delays getting from São Paulo to Santa Cruz de la Sierra, where the team had chartered the plane, meant a scheduled refuelling stop in the Bolivian city of Cobija was abandoned because the airport does not operate at night.

Quiroga allegedly had the option to refuel in Colombia’s capital Bogotá, but instead headed straight to Medellín.

In a leaked recording of the final minutes of the doomed flight, Quiroga can be heard repeatedly requesting authorisation from the air traffic tower to land because of "fuel problems".

Just before the audio recording ends, he is heard asking urgently for directions to the airport.

Chapecoense had been heading to Medellín to play the first leg of the Copa Sudamericana final, which is the continent’s second biggest club competition behind the Copa Libertadores.

Earlier this month, the South American Football Confederation (CONMEBOL) awarded Chapecoense the Copa Sudamericana title as a mark of respect to the victims.

Colombia’s Atlético Nacional, the other club involved in the final, asked South America’s football governing body to give Chapecoense the trophy and prize money, worth $2 million (£1.6million/€1.9million).