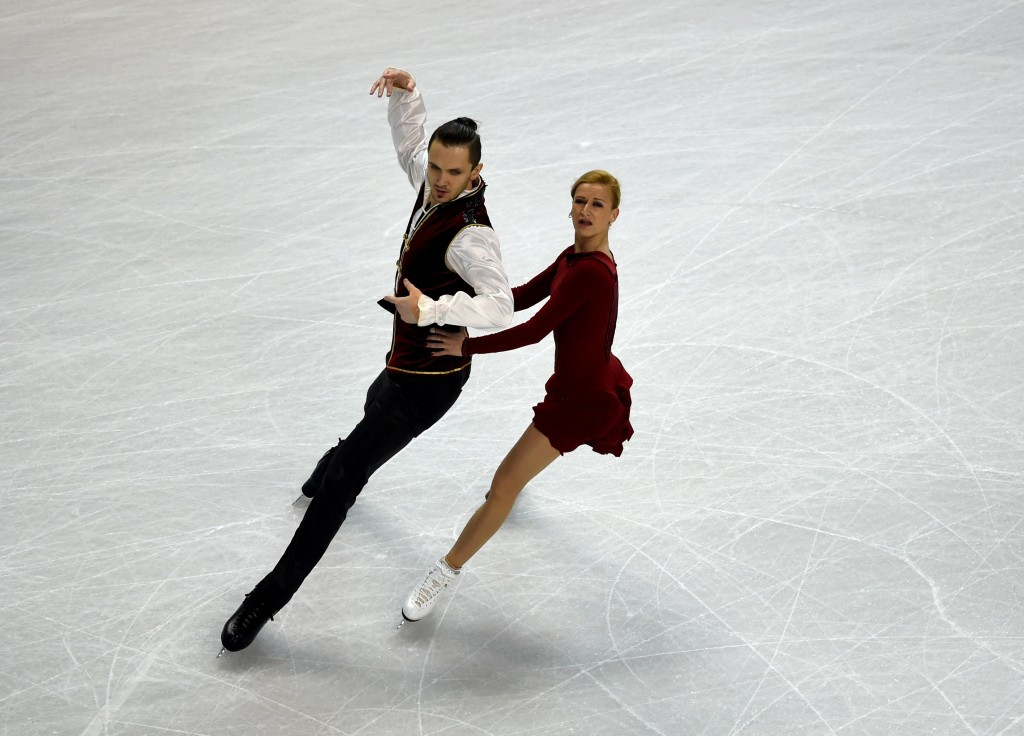 Sam Auxier, the President of United States Figure Skating, has insisted that Russia should be banned from competing at the 2018 Winter Olympic and Paralympic Games in Pyeongchang.

Auxier, in charge of American figure skating since 2014, has called for a blanket ban to be placed on Russian participation in South Korea following widespread doping accusations.

The World Anti-Doping Agency (WADA)-commissioned McLaren Report alleged that around 1,000 Russians across Summer, Winter, non-Olympic and Paralympic sport were implicated in a doping manipulation scheme at events taking place between 2011 and 2015.

The entire Russian Paralympic team were banned from competing at Rio 2016 while Russia's Olympic Games team was cut from its original number of 389 to 271 after the IOC Executive Board opted to defer the extent of Russian participation to International Federations.

However, Auxier believes they should be prohibited from competing in South Korea.

“I don’t think they should be able to [compete],” Auxier said at a press conference prior to the 2017 US figure skating championships.

“I mean, it’s state sponsored, it was a huge programme, well-coordinated, to cheat and they should pay a pretty stiff penalty.

"I think the only way the IOC and the ISU (International Skating Union) maintain any level of integrity is to take a strong stand and weigh a strong penalty for those actions.”

The US figure skating championships are currently taking place in Kansas City and will conclude on Sunday (January 22).

Meanwhile, UK Anti-Doping (UKAD) will continue its work in Russia this week with the currently suspended Russian Anti-Doping Agency (RUSADA) without any restrictions, Anna Antselovich, the acting director general of RUSADA, has told the official Russian news agency TASS.

UKAD agreed to a request to help oversee Russia's drug testing programme following the suspension of the Russian body.

"UKAD carries on with its responsibilities in Russia and our cooperation continues," Antselovich said in an interview with TASS.

"No additional documents were signed since our initially concluded agreement stipulated an extension for the year of 2017.

"I cannot say at the moment how many doping samples from Russian athletes were collected in January as we have not dealt with the planning documentation yet, but I can say that there were no restrictions whatsoever and the work is done as it had been done earlier."

Earlier this month UKAD chairman David Kenworthy suggested Russia should be suspended from the 2018 Winter Olympics in Pyeongchang.

Kenworthy made the assertion during an interview with the BBC, where he also claimed that the IOC should have banned Russia from last year's Olympic Games in Rio de Janeiro.

Kenworthy’s stance was criticised by Vitaly Mutko, Russia's Deputy Prime Minister and former Sports Minister, who believes the Briton should have been more supportive of the country.

He referenced the cooperation agreement signed by RUSADA, UKAD and WADA, which began in January 2016.

"It is so unsportsmanlike, we are paying big money for their work," Mutko told TASS.

"They have been working with us for a year already.

"He should have supported us instead."