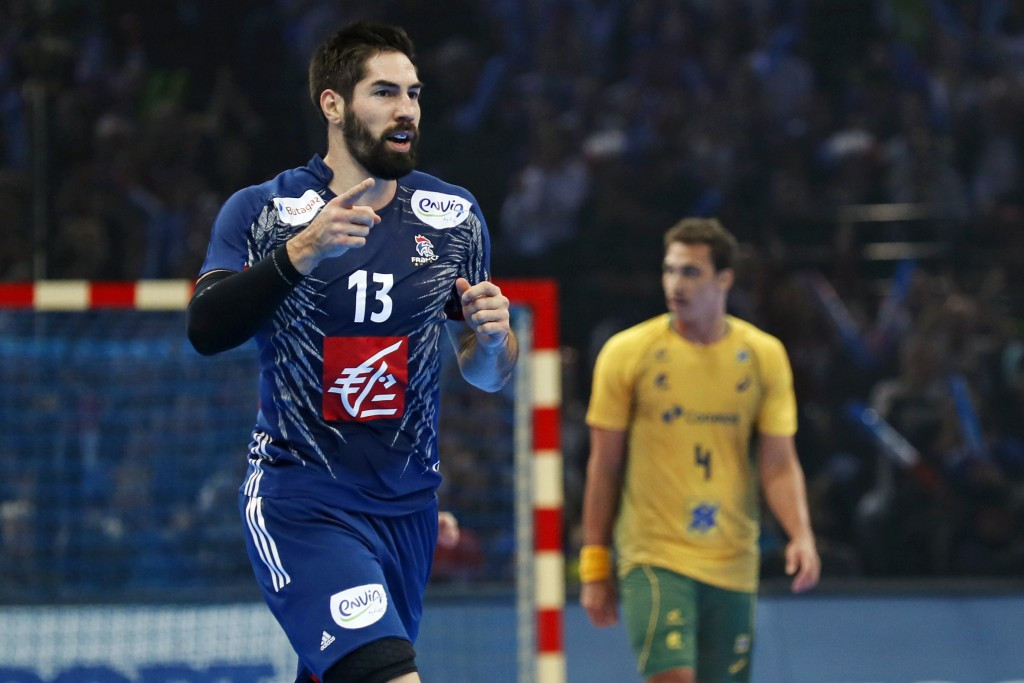 Defending champions France cruised to a 31-16 victory against Brazil in their opening match of the International Handball Federation (IHF) World Championships in Paris.

The Group A match at the AccorHotels Arena was attended by a crowd of 15,609, a record attendance for a handball tie in France.

The French team took no time to impress the crowd when the match got underway, racing into a 7-2 advantage after 10 minutes.

They would reach half-time with a 10 goal advantage, with score standing at 17-7.

The defending champions would continue to pull away from their South American rivals, as they wrapped up a 31-16 triumph.

Valentin Porte would as the top scorer in the match, with the Frenchman scoring six goals in the contest.

"It was the ideal start, we had three weeks of preparation to arrive so far, the players had to heart to start the competition well,” said Didier Dinart, coach of the French team.

“In the last game against this Brazilian team, in the quarterfinals of the Rio Olympics, we had a really tough match because it is a quality team but they gradually gave in because we put the necessary commitment.

“The atmosphere of the AccorHotels Arena is excellent, the objective is to come back in the best conditions.”

With only one match on the opening day, the tournament schedule with be comparatively packed tomorrow with five ties set to take place across two of the four groups.

The Championship’s start was also welcomed by Paris 2024 officials, who claim the event shows the French capital’s desire to stage the Olympic and Paralympic Games in eight years’ time.

“It is an honour for France to host the IHF Handball Men’s World Championship this year and we are delighted that the event will include matches at one of our proposed venues for Paris 2024 – the Paris Arena I,” said Tony Estanguet, Paris 2024 co-chairman.

“This tournament is a further example of Paris’ strong track record in delivering major international sports events including World Championships in Olympic sports.

“Parisians and French people have a great passion for all Olympic sport and over the course of the next three weeks, these sports fans will fill all the venues, create a wonderful atmosphere for athletes and be entertained by fantastic handball action.

“At Paris 2024, we know we can harness this national passion for Olympic sport, offer a great showcase to help promote events globally and help all sports grow and develop.”