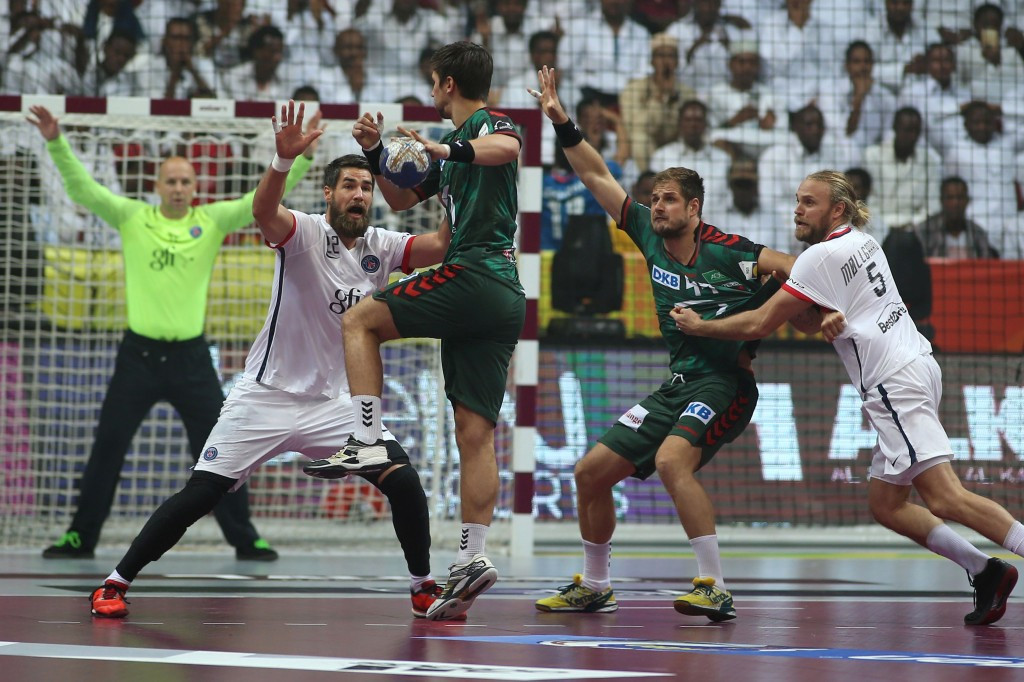 The International Handball Federation (IHF) is to review video replay technology which the governing body tested at the Super Globe tournament in Doha this month.

The event in Qatar's capital saw a system created by German company Broadcast Solutions - designed to assist IHF referees and officials - put through its paces.

It included the use of 12 cameras at various vantage points in the arena, "enabling a detailed overview of every match as never seen before", according to the IHF.

Three screens broadcast images from all of the cameras - with two placed in each goal and two focused around the attack and defence at both ends.

Four "general overview" cameras were also used while an additional two cameras were utilised in the substitution area on the last day of matches in the Super Globe - a tournament which pits the champion clubs from continental federations against each other.

Playing Rules and Referees Commission member Ramon Gallego said the IHF's testing had been a success.

"The management of the system is simple - it’s not so difficult, and the possibility [is there] to use 12 cameras to see the same action from different positions to help make important decisions in the match.

"So in general we are happy with the experience."

A notable use of the system came in a quarter-final match between Tunisian side Esperance Sportive de Tunis and French club Paris Saint-Germain.

Referees used slow motion to determine the issuing of a red card - followed by a blue card - for Paris player Mikkel Hansen.

He was subsequently banned for one match following the blue card - which indicates an ejection from a game that then requires a written report.

"The next step is for Broadcast Solutions’ technology to be reviewed after which a decision will be made as to whether to proceed with this particular technology or test an alternative option," an IHF statement said.

The testing comes after video replays were scrapped three days into the IHF Women's World Handball Championships in Denmark in December.

This followed South Korea being denied a legitimate goal in their clash with France.

The two countries battled to an entertaining 22-22 draw in the group stage but it could have been better for the Koreans after Hyunji Yoo fired a shot in off the crossbar in the 16th minute.

Match referees requested that the video proof system be used to check if the ball had passed the goal-line, but the IHF official responsible was only shown the second part of the replay, after the ball touched the bar for a second time and bounced back on the line.

A goal was therefore not awarded.