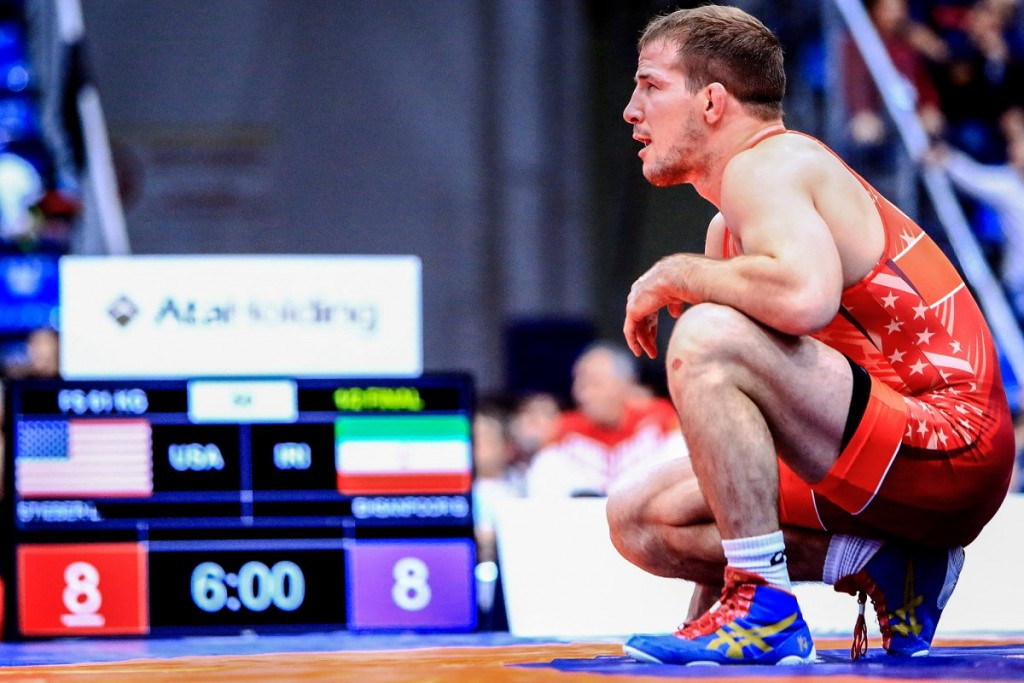 Wrestlers Logan Stieber and Allison Ragan have been awarded bonuses by the Stewards of the Living the Dream Medal Fund for their medal success at last month’s Senior World Championships in Budapest.

The fund was created in 2013 to help honour and celebrate the hard work of American wrestlers, with the notion that their success and dedication is rewarded.

Both Ragan and Stieber finished on the podium in Budapest, with the World Championships only featuring weight categories which were not contested at the Rio 2016 Olympic Games earlier in the year.

The latter secured a gold medal in the Hungarian capital in the men’s 61 kilogram freestyle event where he beat Baku 2015 European Games silver medallist Beka Lomtadze of Georgia in the final.

Stieber will receive $50,000 (£40,000/€47,000) for claiming his first senior World Championship medal, with the check set to be presented to the wrestler at today’s #EveryoneWrestles Victory Tour event in Lancaster.

“After watching Logan battle his way through the best the world had to offer, the stewards were proud to write the checks,” Mike Novogratz, the Founding Steward, who was key to the creation of the fund.

She was beaten in the women’s 60kg freestyle gold medal bout by Pei Xingru of China, losing by a 6-0 score.

The Living the Dream Bonus Fund provides the highest bonuses for individual medal performances within Olympic sports in the United States.

They have awarded $250,000 (£201,000/€235,000) to four Olympic champions since the fund was founded, with Jordan Burroughs and Jake Varner receiving the bonus after London 2012, while Helen Maroulis and Kyle Snyder were rewarded after Rio 2016 success.

There are currently 15 fund stewards, while financial support for the bonuses has also come from USA Wrestling and the United States Olympic Committee.